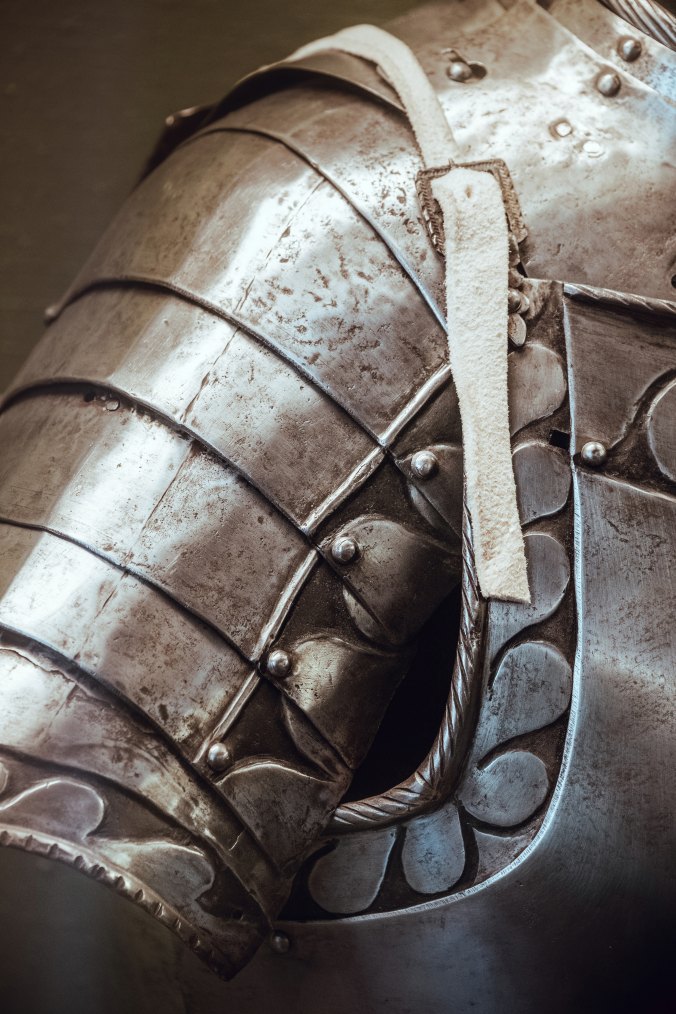 And a Redeemer will come to Zion, to those in Jacob
who turn from transgression,” declares the Lord.
— Isaiah 59:20 —

Wars and rumors of war.

Throughout the world right now, armies are planning and preparing for various military operations. Closer to home, domestic abuse, interpersonal strife, and political injustice continue unabated. Just this week, I learned that a man was shot and nearly killed less than a block from my house.

All that to say, we live in a violent world. And it is right, to pray for, work for, and want for something better. But it is wrong, to think that this sort of violence is new or that God is unaware.

As Ecclesiastes says, “there is nothing new under the sun (1:9). Injustice, immorality, and bloodshed are as old as sin itself. But just as old is the promise that God redeem his people and deliver them from the curse of sin.

This was the promise in Genesis 3:15, when God said to the Serpent: “I will put enmity between you and the woman, and between your offspring and her offspring; he shall bruise your head and you shall bruise his heel.” And this ancient promise is just as good today as it was 4000 years before Christ.

Indeed, if you’re familiar with the Bible, you know how strange and circuitous God’s story of salvation story is. God did not bring peace to his people in Genesis 4. Rather, he let the world go to seed—literally.

In Genesis 4, Cain killed Abel in cold blood. Theologically speaking, the seed of the serpent killed the seed of the woman. And from this first act of aggression, bloodshed has followed. Yet, in the face of this violence, God chose one people from whom he would bring a peace-maker. Often Israel, like Abel, would find themselves subjected to the serpent’s seed. But at other times, they would themselves become a brood of vipers, earning the divine wrath of God.

This is how Isaiah 59 depicts Jerusalem, when God compares their sin to that of snakes and spiders. And it is this graphic image that Paul applies to the whole world, when he quotes Isaiah 59:6–7 in Romans 3:15–18:

Their mouth is full of curses and bitterness.
Their feet are swift to shed blood;
in their paths are ruin and misery,
and the way of peace they have not known.

For us who live in the same dark world described in the Bible, we need to remember that this is the backdrop to the birth of Christ.

In our commercial age, it is easy for us to let Hallmark movies, white elephant gifts, and other candy-striped decorations shape our vision of Christmas. Accordingly, it’s easy to misread the story of Christ’s birth because of Christmas.

When that happens, we may still use biblical language, but without understanding the whole story, we may miss the meaning. And this is why it is so important to see the warfare imagery attached to Christmas. In Scripture, the birth of Jesus was not a holiday; it was instead the fulfillment of an ancient promise—that God would fight for his people.

In fact, this is what we read in Mary’s Magnificat (Luke 1:46–55), a song praising God for the way he would exalt the humble and humble the exalted. In her words, there was no sense of saccharine sentimentality, no “Mary did you know.”

What Mary knew was that she lived in a time of intense darkness and political oppression. Thus, the good news of the Messiah included God’s answer to her (people’s) pleas for mercy.

To be sure, the story of Mary and Joseph is not a first-century romance inspired by God. No, as Scripture tells us, Jesus came to destroy the works of the devil (1 John 3:8). In a world overrun by injustice, the light of the world came to destroy the darkness.

Thus, to understand Christ’s Incarnation, we must see how his birth inaugurated a military campaign to end all wars. Indeed, this is what Mary’s words mean in Luke 1:51, “He has shown strength with his arm.” For Mary, a woman steeped in the Scripture—her song is a “remake” of Hannah’s song of praise (1 Samuel 2)—she knew that the arm of the Lord would destroy his enemies and save his people.

Her mention of the Lord’s arm reveals her trust in God to save. And like Miriam, she could sing to the Lord for his glorious triumph (Exod. 15:21), even as she awaited its arrival. Indeed, her words reflect her confidence in the Lord’s coming salvation. And we do well to listen to them in concert with the promises of Isaiah.

The Divine Warrior in Isaiah

Depending on how you count, there are at least twelve instances where the arm of the Lord is mentioned in Isaiah. Beginning in Isaiah 30, God promises redemption brought through his strong arm. For instance, in Isaiah 51:5, 9 the people cry out for the “arm of the Lord” to “awake” and “put on strength.” Then, in answer to that plea, Isaiah 52:10 says, “Yahweh has bared his holy arm before the eyes of the all the nations.” This verse leads into the climactic Suffering Servant passage (Isaiah 52:13–53:12), where again the arm is mentioned in 53:1: “Who has believed what he has heard from us? And to whom has the arm of the Lord been revealed?”

In these verses, we begin to get the sense that the arm of the Lord, which was a metaphor for God’s strength in Exodus and Deuteronomy, is now coming closer to being a person. This is most clearly foretold in Isaiah 59:16 and 63:5. In the first instance, we see that when the Lord looks on the sins of Jerusalem, he sees no man who will intercede. As Isaiah 59:1–15a indicate, all have sinned; none have made peace in Jerusalem. Therefore, Yahweh promises that he will come and save them.

Verse 16 says, “his own arm brought him salvation, and his righteousness upheld him.” Like in Isaiah 40:11, the arm of the Lord is more than a metaphor. It (or he) becomes the actor who will judge wickedness and save those who cry out for mercy. In this context, verse 17 says the Lord (or is it his arm?) will clothe himself in military regalia: “He put on righteousness as a breastplate, and a helmet of salvation on his head; he put on garments of vengeance for clothing, and wrapped himself in zeal as a cloak.”

Outfitted in this armor, verses 18–19 further the image of judgment, but verse 20 returns to the main point: the Lord himself is going to come to Zion and redeem his people, those who call out for God to have mercy on their sin.

The Bells We Hear on Christmas Day

At Christmas, this is the message we need to hear. Jesus did not come to pay for a holiday season; he came to proclaim peace to those far and near, to eliminate public injustice, and to expiate personal sin. Indeed, because we still await the return of Jesus, we do not yet see all things put under his feet (Hebrews 2:8). But by promise of God’s unfailing word (Isaiah 40:8), we have unparalleled confidence that what Isaiah foretold and what Mary sung is what we can believe too—that the bells we hear on Christmas, like the bells on the priests clothes, beckon to look forward to the day when the Prince of Peace will establish peace on earth.

This is the sentiment which Henry Wadsworth Longfellow captured long ago. When considering the mocking sound of Christmas bells in midst of the Civil War, his poem (“I Heard the Bells on Christmas Day”) captures the tension we feel at Christmas time—joy in the midst of war; light in the face of darkness; thankfulness for what God has done, but longing for the fullness of kingdom to come.

At Christmas, this is the battle that rages in our world and in our souls. It is the battle that spans from Genesis to Revelation, and it is a battle whose happy ending comes in the resurrection and return of Jesus Christ. For truly the baby born in the manger was not given to us as a sentimental token of God’s love. Much better, he is the Lord Incarnate— the Divine Warrior wrapped in swaddling clothes.

To him be all the praise, honor, power, and glory.

Photo by Samuel Zeller on Unsplash