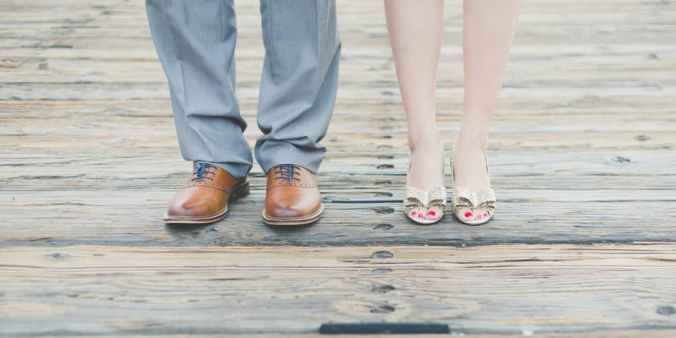 For more thirty years, an exegetical debate has raged between complementarians and egalitarians over a single word: Kephalē, the Greek word for ‘head.’

The former argue that this word means “authority over,” while the latter argues the word means “source.” In the New Testament, this word can be found to have both connotations, even in the same book. For instance, Colossians identifies Christ as the preeminent head of the church and the nourishing head from which the church derives its life and growth.

Colossians 1:18. And he is the head of the body, the church. He is the beginning, the firstborn from the dead, that in everything he might be preeminent

Colossians 2:19. . . . the Head, from whom the whole body, nourished and knit together through its joints and ligaments, grows with a growth that is from God.

Still, debate remains. Without getting into all the exegetical evidence—of which there is plenty; Wayne Grudem tracks down 2336 uses of kephalē in one article—I want to show how the claim that “authority over” is exegetically unsubstantiated is actually unfounded. Far better to see kephalē as a word that wonderfully displays the original design of Genesis 1–2, men and women equal in value, distinct in roles.

One voice arguing that “authority over” is an inadmissible reading of kephalē Jerome Murphy-O’Connor. And it is in response to him, that Joseph Fitzmyer writes his article “Another Look at Kephalē in 1 Corinthians 11.3.” Fitzmyer shows how the Old Testament and other Greek writings do provide evidence for a reading of kephalē which means “authority over,” not just source.

In his article Fitzmyer begins by listing six meanings assigned to the word rō’š, the Hebrew equivalent to kephalē (i.e., the Septuagint [LXX] regularly translates rō’š as kephalē). He writes,

From this starting point, he follows with a series of texts which the LXX translates kephalē from the Hebrew word rō’š.

Kephalē in the Old Testament

By looking at these seven passages, Fitzmyer strengthens the evidence that kephalē can be understood to mean “leader” or have “authority over” as in 1 Corinthians 11:3.

13 And the Lord will make you the head and not the tail, and you shall only go up and not down, if you obey the commandments of the Lord your God, which I command you today, being careful to do them,

“You delivered me from strife with my people; you kept me as the head of the nations; people whom I had not known served me.

they proclaimed a fast and set Naboth at the head of the people.

For the head of Syria is Damascus,
and the head of Damascus is Rezin.
And within sixty-five years
Ephraim will be shattered from being a people.

And the head of Ephraim is Samaria,
and the head of Samaria is the son of Remaliah.
If you are not firm in faith,
you will not be firm at all.’ ”

The people did not turn to him who struck them,
nor inquire of the Lord of hosts.

So the Lord cut off from Israel head and tail,
palm branch and reed in one day—

“Sing aloud with gladness for Jacob,
and raise shouts for the chief of the nations;
proclaim, give praise, and say,
‘O Lord, save your people,
the remnant of Israel.’

From these seven passages, it is clear that a first-century Jew, like Paul, had ample reason to use the word kephalē in a way that means “authority over,” not just source. While allowing for differing nuances—some passages speak of “head” as opposed to tail; others describe leadership over others— “head” in these seven passages functionally describes one person as being over another. The function of this “oversight” will therefore depend on the nature of the relationship. Context determines whether “headship” is strongly directive and distant as in government, or more relational and loving as in the family—the husband is the head of his wife.

Kephalē in Philo, Josephus, and the Shepherd of Hermas

Even more, however, the word kephalē is also found to indicate authority in Philo and others. Fitzmyer lists four passages from Philo:

So then if one such man be found in a city – will appear superior to the city – or if a city (so appears) to the country roundabout, or if one nation will stand above all (other) nations, as a head above a body, to be conspicuous all about, (so it will be) not for (its own) glory, but for the benefit of those who behold it. (De proem, et poenis 19 #114)

One doesn’t need to be overly familiar with Philo to see from these examples, he uses the word kephalē with respect to leading, ruling, or headship. Moreover, Philo is not alone. Fitzmyer cites the Jewish War and the Shepherd of Hermas, to show how Josephus and Hermas say respectively Jerusalem is “the head of the whole nation”(4.4.3 #261; cf. 3.3.5 #54) and Hermas is the “head of the household” (Sim. 7.3).

Ultimately, these passages do not determine the meaning of kephalē in 1 Corinthians 11 or Ephesians 5, context does. But that being said, the “hierarchial” use of kephalē  whether physical or metaphorical, increases the likelihood that Paul is not speaking of “source” in 1 Corinthians 11, but delegated authority. As Fitzmyer concludes, “Paul of Tarsus could well have intended that kephalē in 1 Cor 11. 3 be understood as ‘head’ in the sense of authority or supremacy over someone else” (510).

With kephalē‘s lexical range reaffirmed as including “authority over”—this is Fitzmyer’s concluding plea to the lexicon Liddell and Scott—we should return to the context of 1 Corinthians 11:3 (and Ephesians 5:23). Significantly, in both texts Paul makes explicit connection with the creation account of Genesis 1–2. The importance for our reading is that the roles of men and women are not defined narrowly by one word (kephalē), but rather by the original creation story. In this way, kephalē becomes a word to describe the larger constructs of men’s and women’s roles, which Genesis clearly indicates are complementarian in nature—men and women equal in value, distinct in role.

Therefore, we should see that Paul uses kephalē to speak of the original role differences between men and women in marriage—role differences that were established in creation, before the fall. The context for defining “head” is familial, loving, and servant-hearted. It is not austere, domineering, or hierarchical (as the world understands the term). Instead, it is emblematic of God’s good design for creation, reflected in men who lead and love like Christ, and women who respect their husbands and submit to their husbands like Christ’s bride, the church. This may not grab the attention of a feminized world, but it is the way God created men and women, and it pleases him when men and women seek to honor their head as God designed.

2 thoughts on “Kephalē and Context: Toward a Biblical Understanding of Headship”