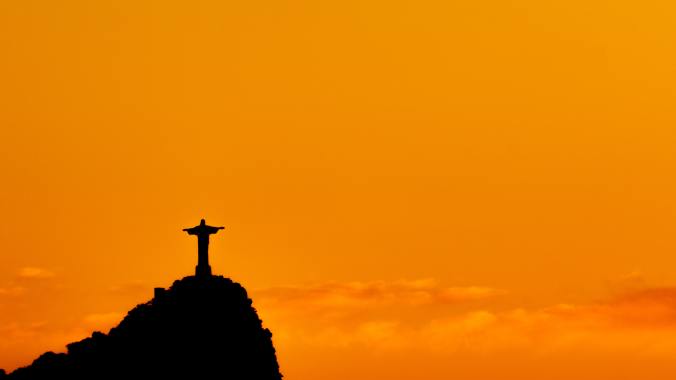 In John’s Gospel we learn that Jesus is the Word made flesh (1:14), the Only Begotten God (1:18), the Lamb of God who takes away the sin of the world (1:19), and the one to whom all the Law and Prophets wrote (1:45). But did you also know that Jesus was also a Larper? Not a leper, mind you, but Larper—a Live Action Role Player.

As best I could find online, Larping is a type of game where a group of people wear costumes representing a character they create to participate in an agreed [upon] fantasy world. Most recently, Larping gained attention in the Marvel Comic series Hawkeye, but it’s been around a lot longer than that. If you need an example of what Larping looks like up close, just go to a Medieval festival near you, and you will surely find a group of Live Action Role Players.

Now, if you don’t want to go to a Medieval Festival to see LARP-ing, you could also read John 4. In this famous chapter, where Jesus confronts the woman at the well, the Lord assumes the role of particular character from the world of the Patriarchs. Indeed, as John tells it, Jesus is a man (or “bridegroom,” see John 3:29) who meets a woman at a well, who will in time, become his bride. Let’s consider how this works.

In the Bible, we find many instances of a man, a woman, a well, and marriage. Moses had such an experience. When fleeing for his life, he came to a well in Midian (Exod. 2:11–22), and there he met Zipporah and the two lived happily ever after. Sort of, there was that bridegroom of blood thing (see Exod. 4:26).

Similarly, when Isaac needed a wife, Abraham sent his servant to fetch a bride for his son. Sound familiar? It should. It’s the gospel in story form. In Genesis, chapter 24 is the longest and most central chapter in the book. And what is it about? The gospel!

It is a story of a father sending a servant to find a bride for his son. Fast forward to Jesus, and you find the plotline of Genesis 24 is repeated. As a servant, Jesus is the sent by the Father to lay die for his bride, so that in his resurrection, the Son  can marry the people whom the Father has given him. If you need more help seeing this typology, read this.

Staying in Genesis 24, however, we find that the servant finds a wife for Isaac at a well. And Jacob has the same experience. In Genesis 29, when Jacob flees from Esau, he comes at noon to a well. There, he meets Rachel, rolls away the stone, and waters the flock.

As the rest of Genesis 29 tells it, Jacob and Rachel are wed—with a few complications—and Jacob begins to have children by means of his two brides and his two servants. The typology of Rachel, Leah, and their servants would require another blogpost. For now, don’t miss the importance of wells, men meeting women at wells, and the covenantal results of such encounters.

In Scripture, these scenes should make us go, “Well, Well, Well, look what we have here.” (Sorry, but not really sorry :-)

Seriously though, there is nothing accidental about the well in John 4, nor the interactions of Jesus and the Samaritan woman. In fact, if we are familiar with the stories of Isaac and Rebekah, Jacob and Rachel ( and Leah), as well as Moses and Zipporah, we should know how this story is going to go.

Jesus as a New Jacob

In John 4 we have Jesus and the Samaritan woman playing out the roles of Jacob and Rachel. And the drama that comes at the well relives the events of Genesis and Exodus. Even more, though, John 4 brings those stories to life  in ways that go beyond the Patriarchs.

In Jesus’s case, when he plays the role of Jacob, who is later named Israel, he is not repeating what others have done. Just the reverse. He is the real thing, the real life, the real resurrection and the life. As with all the Old Testament saints, from Jacob to Joshua to Jeremiah, they were faint reflections of the Son. They were shadows. Jesus is the substance.

And as the Samaritan woman will learn, so we must learn—Jesus is a greater Jacob, who has given a greater well, with better water, in order to water his flock and gather his bride. Truly, as we will see by John 4:42, Jesus has come to earth to be the Savior of the world and to gather his sheep from Jerusalem, Judea, Samaria and the ends of the earth.

But only as we pay attention to Jesus as a Larper will we see how this works.

On Sunday, I attempted to preach John 4 through the lens of Genesis 29, and the typological pattern of men and women meeting at the well. Following the textual clues that John gives us, I made the case that Jesus is a New Jacob, the woman at the well is a New Rachel, and that their “marriage” represents the coming marriage between God the Son and his bride, the church.

You can find that sermon here, where I attempt to illustrate John’s typology with the idea of larping. Why? Because it helps us to see the way that Jesus’s identity was, is, and forever will be tied up in the world of the patriarchs and the prophets. God intended for Israel to be the cradle in which Jesus was born and by which we come to know our Lord as our Heavenly Bridegroom.

To that end, let us continue to read the Gospels in light of the Old Testament, for the Law and the Prophets give us the necessary light to see who Jesus is and why he did what he did, in the ways that he did. Most often, Jesus is fulfilling the patterns of the Old Testament and taking on the roles found therein.

Such is the way God has revealed himself to us and the way we come to know Christ. And accordingly, we should look for ways that Jesus presents himself as a larper.

Photo by Gabriel Rissi on Unsplash

One thought on “Was Jesus Among the Larpers? How Reading John 4 with Genesis 29 Helps Us Understand Biblical Typology and Jesus’s Identity”