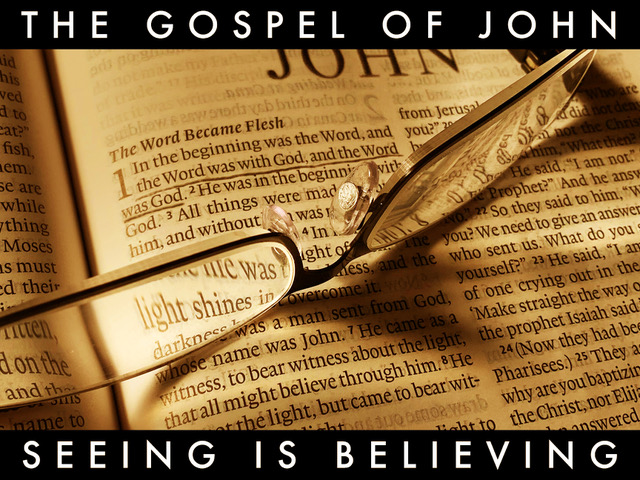 When John Calvin returned to Geneva, after being exiled from the city for three years, he picked up right where he left off. Rather than preaching some preacher-centered ‘I’m Back” message, he simply preached the next verse in the Bible. So great was Calvin’s commitment to verse-by-verse exposition, he made no fanfare for his return to the pulpit. Rather, he preached the next verse in the text and pointed people to Christ.

This week, our church did something similar. In March 2020, we were forced to stop gathering for two months. And though we continued to preach the Bible (online at first and soon after together), we moved from John to Psalms and Joel and other scriptures. In leaving John, we always planned to come back, and by God’s grace we were able to do that on Sunday.

Picking up where we left off, we overviewed John 1–2 to remember what those chapters said. In seven portraits from those two chapters, we saw a beautiful picture of Christ. And in return, we learned two important things about ourselves. You can find those nine truths in this sermon: Getting Back Into the Gospel of John. You can also find our earlier sermons here, plus other resources on John’s Gospel.

May the Lord bless this series and permit us to continue to study the Gospel of John.