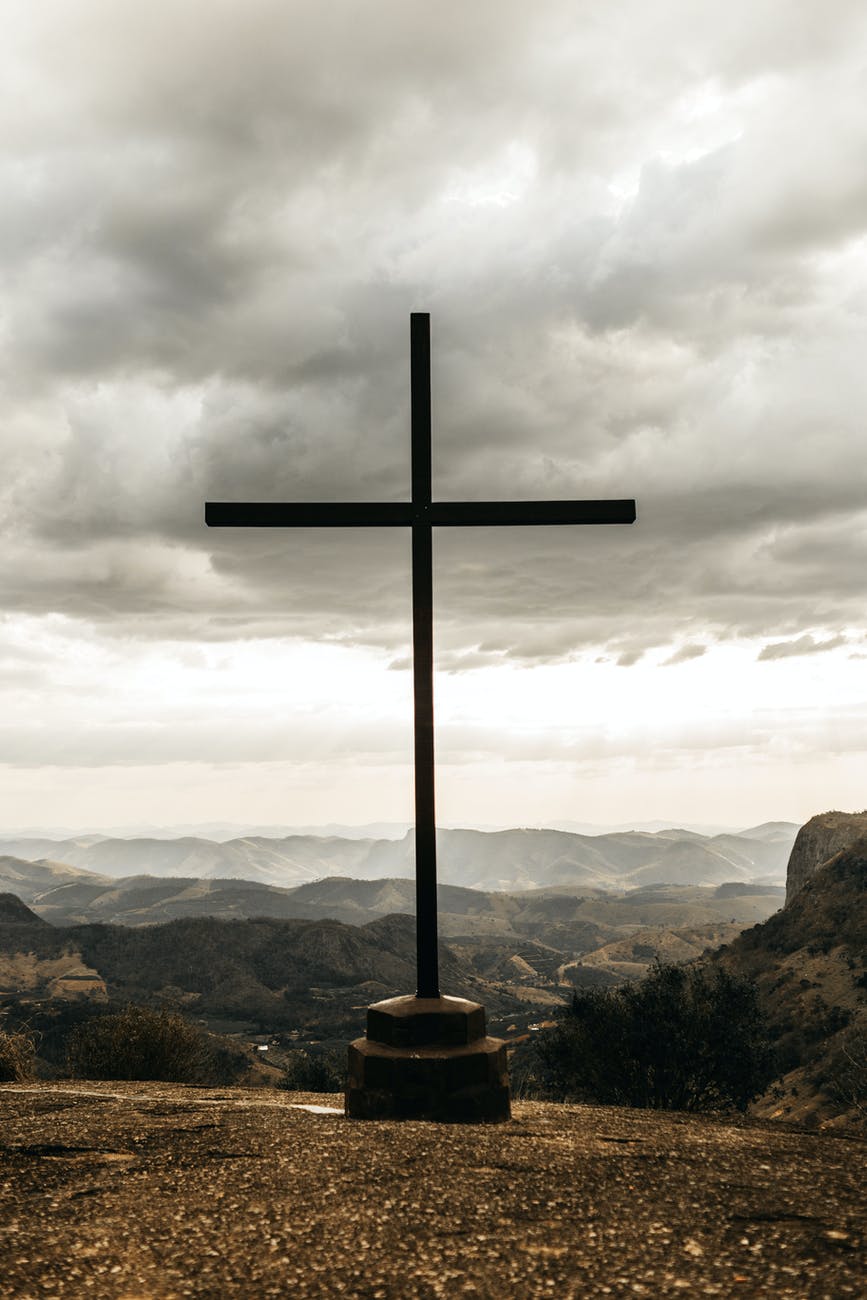 Recently, I have been watching, reading, and discussing the ways that the cross of Christ has being wrongly preached, taught, and explained in churches today. In particular the penal substitutionary nature of the cross, where Christ pays the penalty for sinners who have broken God’s law and deserve his righteous and eternal condemnation, has been redefined by scholars like N.T. Wright, popular teachers like Tim Mackie (and The Bible Project), and misrepresented by pastors who have adopted their teaching and succumbed to the God-is-love-and-not-wrath narrative. And this does not even include the opponents of Christianity (e.g., Tony Jones, Bart Campolo, Richard Rorty, and others in the following video) who have simply denied the historic meaning of the cross of Christ.

Often, false teaching about the cross affirms truths that Scripture teaches. For instance, the cross does defeat the powers and principalities (Col. 2:13–15); it does display the love of God (John 3:16); it does liberate mankind from the idols and ideas of this world (1 Pet. 1:18–19). Sadly, the error comes not in what is affirmed, but what is denied—namely, that the cross propitiates the wrath of God. At its heart, Scripture teaches that a holy God cannot turn a blind eye to human sin. Therefore, mankind stands condemned in Adam and ready to receive God’s righteous judgment. This is bad news. But it is biblical and it is the ground from which the good news of Christ’s death must spring.

In the Bible, we discover that God’s gospel declares that he has satisfied his own holy standards by substituting his own Son in the place of the people who he has chosen to redeem. Sadly, many teachers deny or distort this penal substitutionary view of the cross. Some caricature God’s wrath as divine child abuse poured out on Jesus, as if Jesus is not God himself; others make the problem of humanity some form of human, political, or demonic evil; and others simply deny the holiness of God, declaring that God has absolute freedom to do whatever he wants, including letting sinners go free—no wrath needed. Space does not permit a full response here to these errant views (but see this three-part response).

Instead, I want to offer a biblical definition of redemption and Christ as the redeemer.  Again, the problem with any view that denies Christ’s penal substitution stems from a dismissal or distorted view of Scripture. Yet, when we take Scripture on its own terms, we find a holy God who has made a single way of salvation in Christ’s death and resurrection. Explaining that redemption, Leon Morris, in The Atonement: Its Meaning and Significance, has helpful spelled out the nature of humanity’s need and the effect of Christ’s death. Writing about Christ the Redeemer, he says

God created man, [and] created him to be his own. Man belongs to God. God set him in Eden to live in fellowship with him. But man sinned. Man became the slave of evil. He cannot break free. This is precisely the situation that the ancient world saw as calling for an act of redemption. We who belong to God have gotten into the power of a strong enemy from which we cannot break free. If I can say it reverently, God, if he wants us back, must pay the price.

And the great teaching of the New Testament is that God has paid the price. He has redeemed us. Christ has become our Redeemer. Jesus told us himself that this was the reason for his coming to earth: ‘For even the Son of Man did not come to be served, but to serve, and to give his life as a ransom for many’ (Mk. 10:45). His word ‘ransom’ is the technical term used of the money paid to release a prisoner of war or a slave. To release the slaves of sin he paid the price. We were in captivity. We were in the strong grip of evil. We could not break free. But the price was paid and the result is that we go free. ‘Sin shall not be your master’ (Rom. 6:14).

Paul can use the redemption terminology in a slightly different way. ‘Christ redeemed us from the curse of the law by becoming a curse for us,’ he writes, ‘for it is written: “Cursed is everyone who is hanged on a tree'”‘ (Gal. 3:13). He is referring to the law which says of a man executed in this manner for a capital offence: ‘anyone who is hung on a tree is under God’s curse’ (Dt. 21:23). Paul is saying that Christ’s death on the cross meant that he bore the curse that would otherwise have rested on us. He suffered in our stead. He took what was coming to us. He bore the curse that sinners incurred and this is viewed as a paying of the price, an act of redemption.

The thought that Christ’s death was a redemption, a setting of sinners free by payment of a price, is found elsewhere. Thus Paul writes to the Romans of ‘the redemption that came by Christ Jesus’ (Rom. 3:24) and in the next verse goes on to refer to his blood. In another place we read: ‘In him we have redemption through his blood, the forgiveness of sins’ (Eph. 1:7). The writer to the Hebrews speaks of Christ’s work as ‘eternal redemption’ (Heb. 9:12), which brings out not only the element of cost, but also the permanent consequences of the payment of this price. In passing we might notice that, while this author does not often use the redemption terminology, the idea that Christ saves at cost runs through his epistle. He speaks of him in these terms: During the days of Jesus’ life on earth, he offered up prayers and petitions with loud cries and tears to the one who could save him from death, and he was heard because of his reverent submission. Although he was a son, he learned obedience from what he suffered and, once made perfect, he became the source of eternal salvation…’ (Heb. 5:7-9). This passage makes it clear that our redemption was not purchased cheaply, and the same is implied in other passages which speak of the sufferings Jesus endured (e.g. Heb. 2:10,18; 12:2-3; 13:12, etc,). The basic idea in redemption may be there even when the precise terminology is not used. It is certainly present in some passages where verbs like ‘purchase’ are used, as in Paul’s speech at Miletus in which he exhorted the elders of the Ephesian church, ‘Be shepherds of the church of God, which he bought with his own blood’ (Acts 20:28).

There is a very important passage in which the writer to the Hebrews assures his readers that Christ ‘has died as a ransom to set them free from the sins committed under the first covenant’ (Heb. 9:15). The significant teaching here is that it was the cross of Christ that provided the way in which people who lived in the centuries before he came were redeemed from their sins. They had their sacrifices and the like, but these were not the means of putting away their sins: ‘it is impossible for the blood of bulls and goats to take away sins’ (Heb. 10:4). In the providence of God the one act of redemption provided the means of saving people in all ages. People do not have to live after Calvary in order to be saved [i.e., Old Testament saints were also saved by Christ’s death]. The death of Jesus is the sufficient ransom for all the redeemed, in whatever age they may live. (The Atonement: Its Meaning and Significance, 120–22)

In these biblical reflections, Morris makes the point clear: a price had to be paid in order for salvation to be made. Moreover, redemption is not generic but personal and specific. Jesus died for a people whose sins separated them from God, but who were chosen by God in Christ to receive mercy and forgiveness by means of Christ’s sacrificial death. In some places, Morris talks about a ransom being paid, but doesn’t specify to whom that ransom is owed.

This is where much of the false teaching is found today. But Scripture is not silent on this matter. God is the one who demands a payment and God is the one who pays that price. This is the glorious truth of the gospel that reveals a triune God who works in perfect harmony to bring salvation to sinners. And it is worth our time to consider how this works.

For many, it is inconceivable that a loving God could demand a payment of death. Yet, this is what Scripture teaches. In the beginning, God said that when man ate of the forbidden fruit, he would die (Gen. 2:16–17). Adam ate, along with Eve, and so death entered the world, just as God said (see Genesis 3:14–19; 5:1ff.; Rom. 5:12–21). God’s Word is true, and disobedience to God always leads to death. God cannot change his Word, nor alter his character. A life is owed to God when sinners sin. And thus, it is both right and written down that God is the one to whom the payment of life is owed.

Wonderfully, this is where the cross comes in. Jesus does not simply free us from the powers of this world or the evil forces that control us. He ransoms us from the curse of the law and the death sentence that hangs over us from God. This is the point that N.T. Wright and those who follow him miss. The problem of humanity is not simply a failure to be who God made us to be or to be enslaved to idols in his age. Rather, the problem is one of law-breaking and personal guilt before a holy God.

And thus, what God does for us in Christ, by redeeming us is not only to redeem us from the world and its ways, as Peter says in 1 Peter 1:18–19. God also redeems us from the curse of the law and the penalty that our sins have merited. Ultimately, the freedom that Paul and Peter and Jesus describe is rooted in the payment of sins accomplished on the cross. Of course, payment of a price (redemption) is not the only metaphor used in Scripture to speak of the cross. But it is a central metaphor and it reveals the very heart of God to satisfy his own divine wrath. As John Stott (The Cross of Christ) once put it, the good news is God’s divine satisfaction by way of divine substitution.

This is what the cross achieved and it is worth all of our efforts to defend this truth and to proclaim this good news. May God give us grace to hold fast to our redemption and to hold it out to others who are equally in need of God’s redemption in Christ.

Photo by Jonathan Borba on Pexels.com