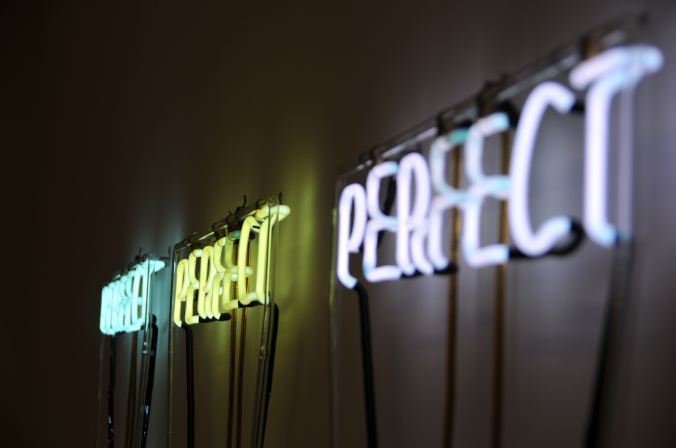 Keswick theology. The name may be unknown, but it views are ubiquitous—and most unhelpful!

In yesterday’s Sunday School lesson I mentioned the half-truth contained in Keswick theology—namely, that Christians need to submit themselves to God. However, the other side to Keswick’s equation, which is the untruth, is that this view of the Christian life devalues justification by faith, and it makes sanctification a singular and solely passive experience.

To appreciate the history, influence, and trouble of Keswick theology, let me cite a couple pages from David Calhoun’s history of Princeton Seminary. In a section on Princeton during the 1910s, he cites the mixed reception Keswick theology received at Princeton. In short space, Calhoun gives a brief history of the movement, as well as a constructive critique marshalled by B. B. Warfield. He writes (Princeton Seminary: 1869–1929, 305–06):

“Keswick” or “Victorious Life” conferences were held in Princeton for several years ‘to lead Christians into a life of victory through moment-by-moment faith in Christ.” Developed in England during the 1870s, popularized by its famous annual convention at Keswick in the lovely Lake District, and promoted in America by conferences, books, the Scofield Reference Bible, and especially by The Sunday School Times, “the Keswick message” gained wide acceptance by the early twentieth century. Although he admitted that earlier Keswick teachers may have presented “a stereotyped form of experience, Charles Erdman stated that the teaching was now “most careful and conservative and scriptural.” It helps people “to appreciate and appropriate the riches of grace in Christ Jesus which are offered in common to all believers,” Dr. Erdman claimed, adding that “such a message the church needs today.” In 1917 the Presbyterian gave high praise to one of the Princeton Keswick conferences. The editors emphasized the similarities between Keswick and Reformed teaching and found Keswick’s emphasis on ‘trust” and “surrender” a welcome alternative to the social ethics of liberalism.

These are the (half-)truths which make up the positive side of Keswick Theology. Calhoun continues, honing in on the evaluation of Warfield.

Dr. Warfield also found positive things about Keswick teaching—“it exalts Christ and it exalts faith,” he said. But he disliked its “crass separation of sanctification from justification,” which, he believed, laid “the foundation … for that circle of ideas which are summed up in the phrase, ‘the Second Blessing.’” Of this separation of sanctification and justification, Warfield wrote, “not only do the generality of Christians know nothing, but the Scriptures know nothing.”

Against the Keswick teaching that Christians may (by surrender and trust) live a life free from sinning (while remaining sinners at heart), Dr. Warfield asserted that the Holy Spirit cures our sinning precisely by curing our sinful nature. “He makes the tree good,” Warfield stated, “that the fruit may be good.” “The sanctifying action of the Spirit terminates on us, not merely on our activities; under it, not only our actions but we are made holy.” “Only, this takes time,” Warfield added, “and therefore at no point short of its completion are either our acts or we ‘perfect.’” [emphasis added]

Turning again to Warfield, Calhoun cites some of his most important work on the subject.

In solid theological essays first published in The Princeton Theological Review, Dr. Warfield dealt with the various expressions of Keswick and related movements, giving careful attention to the teachings of W. E. Boardman, Mr. and Mrs, Pearsall Smith, Charles Trumbull and The Sunday School Times, and the “German Higher Life Movement” and its chief exponent, Theodore Jellinghaus (who in 1912 renounced his views and returned to the Reformed position). Warfield summarized what he called the “essential elements” of these holiness movements:

As someone who imbibed this view of sanctification for the first five years of my Christian life—without ever hearing the name Keswick mind you—I can attest to its disabling effects. It led to vacillating uncertainty and drove me to seek some subjective experience to confirm my standing before God. In this way, it undercut the assurance which faith in the finished work of Christ affords, and it weakened my confidence in the power of the Spirit to sin to death (Rom. 8:13).

Thankfully, when I went to seminary I learned more completely to trust in the objective and unchanging work of Christ. Yet, I still remember the painful searching that Keswick theology produced, and thus I share something of its tenets here with hope that others will not be pulled down by its half-truths.

For more information on this subject, check out Warfield’s two volumes on Perfectionism. Or more currently and more concisely, Andy Naselli’s book No Quick Fix:  Where Higher Life Theology Came From, What It Is, and Why It’s Harmful.

Photo by Jonathan Hoxmark on Unsplash

7 thoughts on “Learning About and Letting Go of Keswick Theology”