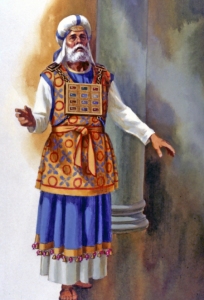 In The Christian Faith, Michael Horton suggests four aspects of the Imago Dei, what it means to be made in God’s image. He enumerates them as

For each there is solid biblical evidence. Genesis 1:26–31; Psalm 8; and Hebrews 2:5–9 all testify to humanity’s royal sonship. Likewise, the whole creation narrative (Genesis 1–2) invites us to see man and woman as God’s creatures representing him on the earth. First Corinthians 11:7 speaks of mankind as the “glory of God.” Horton rightly distinguishes, “The Son and the Spirit are the uncreated Glory of God . . . human beings are the created reflectors of divine majesty” (401). They are, in other words, God’s “created glory,” which in time will be inhabited by the “uncreated glory” of God in the person of Jesus Christ. And last, as creatures made by the Word of God, in covenant relation with him, every human is a prophetic witness. In the fall, this prophetic witness is distorted. Humans are now ensnared to an innumerable cadre of idols (see Rom 1:18–32), but the formal purpose remains—to be made in the image of God is to be a prophetic witness.

Horton’s articulation is compelling, biblical, and beautiful. But it seems, in my estimation, to stress royal and prophetic tasks without giving equal attention to the priestly nature of humanity. To be fair, Horton refers to humanity’s priestly vocation under the headings of “representation” and “glory.” But because these are supporting the vocational idea of representation and the abstract idea of glory, we miss a key idea—the imago dei is by definition a priestly office. Or better, the imago dei is a royal priest who bears witness to the God of creation. Let’s consider.

Under the category of “representation,” Horton writes of the tabernacle/temple as “a microcosm of creation,

At its nerve center were the priests, whose gem-studded breastplate and multicolored vestments echoed the imagery of the temple itself. It is from this quarry that the New Testament images of the church as temple and each believer as a living stone filled with the glory of the Spirit are mined. (401)

Next, Horton picks up the idea of “glory,” with its manifold displays in humanity. Citing Paul Ricoeur (Figuring the Sacred), he suggests the New Testament develops the imago dei in terms of “glory” more than that of “image” (ibid.). Adam is thus made in the image of God in order to reflect the glory of God. And as the son of God (cf. Luke 3:38), Adam was invested with righteousness that would reflect the glory of God. All of this is right and good, but it still overlooks the priestly aspect of glory. Or to say it in reverse, it is in the priesthood that we see the most clear depiction of God’s created glory.

Consider three texts where the glory of God is directly related to humanity’s priestly office.

These texts do not prove priesthood is the only way to consider humanity’s glory, but neither do they exhaust the biblical data (cf. 1 Peter 2; Revelation 1:6; 5:10; 20:6). The point to be made is that when we consider the representative and glorious nature of humanity, we could be more specific by grounding that in the office of the priesthood. It is as priests that we represent the Lord and it is as priests that we reflect his glory. This is the point Horton approaches but doesn’t quite assert.

The Imago Dei as Royal Priest

It could be said that such clarification is unnecessary, but to do so misses a key facet in the biblical storyline. To be made in the image of God is to be called unto priestly service (cf. Rom 15:16; 1 Pet 2:5, 9), but because of our inborn unrighteousness and covenantal ignorance, we are disqualified before we begin. The story of redemption, from this angle, tells a story of how God’s greater priest comes and creates a kingdom of priests by means of a perfect sacrifice and glorious intercession.

May we take this priestly calling to heart and learn from Scripture what it means to be made in God’s image, as royal priests.

One thought on “The Priestly Aspect of the Imago Dei”