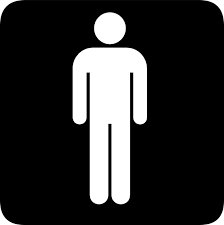 Why did Jesus have to be a man?

In our day of gender dysphoria and radical ideas about God (i.e., God is Transgender), we cannot take anything for granted—including the maleness of Jesus. Since everything about gender is being questioned, we need to see all Scripture says about gender, including why Jesus had to be a man. In the Incarnation, Jesus gender was not chosen at random. It was not accidental, nor was it incidental to his identity and mission.

Rather, as the centerpiece of God’s revelation, Jesus gender was divinely-intended. And as the canon of Scripture reveals, Jesus was the antitype to which all other types—saviors, leaders, kings, and priests—pointed. His maleness, therefore, was a vital component of his ability to save Israel and the world.

Though we don’t often question Jesus’ maleness, we should not take it for granted either. By considering why Jesus had to be a man helps understand who he is, what he came to do, and why gender is not a fluid concept we create for ourselves. Just like everyone else, Jesus received his gender for the purpose of glorifying God and fulfilling his calling.

May we consider Jesus’ maleness and why playing fast and loose with XY chromosomes—his or ours—has deadly, devastating effects.

A Typological Understanding of Jesus’ Maleness

In Romans 5, Adam is called a ‘type’ of Christ. As the head of humanity, the first Adam typified Christ because he functioned as the covenant mediator.

Related to manhood and womanhood, it is significant that Adam was the head of the human race and not Eve. Typologically, there is a necessary correspondence between the maleness of Adam and the maleness of Jesus. Or to say it another way, when God made man first and endowed him with the responsibility to lead his family (and all families), he did not draw straws. Man was created first to be the covenantal head, because Jesus Christ himself would be the greater covenantal head.

In fact, throughout the history of redemption, men are called upon to be covenant leaders, warriors, kings, and priests. Feminists and cultural anthropologists might look on this trend of male leaders in Israel and assume that patriarchal tendencies in society led to this phenomena. But such an assertion would miss the typological significance of each office. Each office from Adam’s covenant headship to Isaiah’s suffering servant functioned in a typological relationship with Jesus Christ—such that maleness is not an accidental feature of these leaders, nor is it an accidental feature of Christ’s personhood.

Type and antitype correspond. The leaders of Israel had to be men because their offices—which pointed to Christ—would be fulfilled by a man, the man, Jesus Christ. Christ’s maleness, therefore, was not accidental. As the eternal Son of God, he took on flesh to fulfill offices that God had prepared for him centuries earlier. He was the substance to which these offices pointed, and thus the essence of his being, manifested as a male says something particular about how God intended to reveal himself. It also gives solid ground, not just a temporal arrangement for why Christ came as a male.

Jesus Had to be a Man

Consider six truths and five types (e.g., head of humanity, priest, king, heir, and husband) that Christ fulfilled and how the Old Testament required a male to fulfill them.

While admittedly, there is a bit of circular reasoning in this argument, the fact remains: Christ could only be a covenant mediator, priest, king, heir, husband, and thus a true revelation of God if he was a man. Therefore, in the Incarnation he came as a man so that he could, under the law, fulfill all of these offices. In this way, a robust understanding of biblical typology provides one more layer of understanding of who Christ is, what he is has done, and how his person and work inform all things—including his gender.

This theological truth has incredible potential for ethical application today. If Jesus’ gender is fixed by God and God’s immutable Word, his gender also defines gender for the whole human race. Instead of being of mere sidenote—“Yes, Jesus was a man”—it give us an anchor of understanding and a firm foundation on which to construct a biblical theology of gender. That’s a consideration for another day, but today we must not be led to believe that his gender is arbitrary. Jesus was male and his mother was female, just like he was a brother to his brothers and sisters, and and adopted son to Joseph.

In this way Jesus’ gender is not arbitrary and neither is yours. Made in the image of God, formed and fashioned to be like Jesus, our gender is no more arbitrary than Jesus. And that Jesus was not a gender-fluid individual and lived in the context of many dimorphic (male-female), covenantal relationships argues against the whole ruse of socially-constructed genders. Moreover, it asserts that Jesus is the starting place for the discussion on gender.

To make such an assertion certainly doesn’t end the conversation on gender today, but it should begin the conversation. The maleness of Jesus is not an accidental feature of biblical history; it is the benchmark for which all other discussions about gender must begin and end. After all, it is he who made each and everyone us—as male or female.

4 thoughts on “The Maleness of Christ: A Typological Necessity with Vast Ethical Implications”