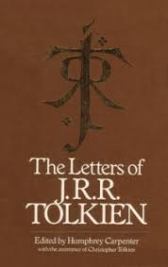 Last week, Albert Mohler republished one of his essays, “From Father to Son—J.R.R. Tolkien on Sex.” It deserves to be read by fathers and sons and everyone else. It is taken from Mohler’s book Desire and Deceit: The Real Cost of the New Sexual Tolerance, and the essay is about J.R.R. Tolkien’s views on sex, captured in a host of letters to his three sons (see The Letters of J.R.R. Tolkien).

Mohler’s article is well worth the read as it sets out the ways in which Christian Scripture informed Tolkien’s sexual ethic and the way that the architect of Middle Earth stood against the prevailing notions of sex half-a-century-ago. Here are some of the best lines from Tolkien’s letters, which Mohler included in his essay.

As is evident, Tolkien conceived of sex in a way that is lost on inhabitants of the twenty-first century, and that is foreign to many Christians too. His perspective needs to be heard, and fatherly model of speaking candidly to his children about sex needs to be imitated too. Let me close with Mohler’s reflections:

From the vantage point of the 21st century, Tolkien will appear to many to be both out of step and out of tune with the sexual mores of our times. Tolkien would no doubt take this as a sincere, if unintended, compliment. He knew he was out of step, and he steadfastly refused to update his morality in order to pass the muster of the moderns.

When it comes to sex, may we keep in step with the Spirit, by following in the footsteps of someone who did not succumb to the spirit of the age.

One thought on “Keeping In Step with the Spirit by Following in the Footsteps of J.R.R. Tolkien”