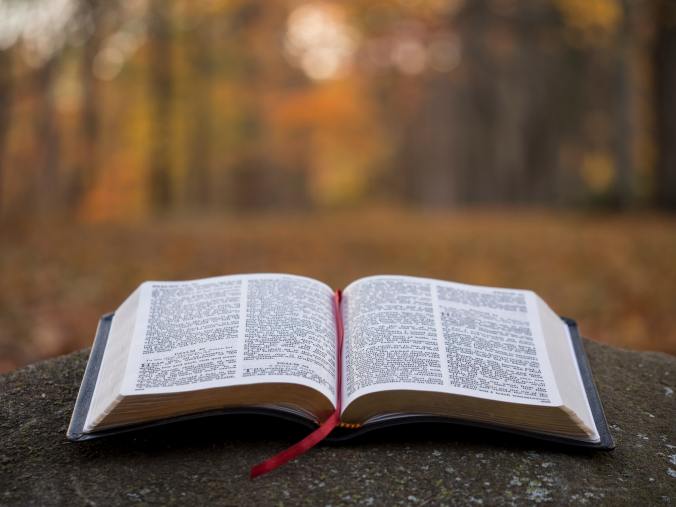 But I am afraid that as the serpent deceived Eve by his cunning, your thoughts will be led astray from a sincere and pure devotion to Christ. 4 For if someone comes and proclaims another Jesus than the one we proclaimed, or if you receive a different spirit from the one you received, or if you accept a different gospel from the one you accepted, you put up with it readily enough.
— 2 Corinthians 11:3–4 —

In his book, Doctrine of the Atonement, nineteenth century evangelist and pastor James Haldane wrote about the ways Scottish churches fused biblical doctrine with modern philosophy. In his opening chapter, he makes a case for a pure and undiluted biblical orthodoxy, over against those who unite Scripture with philosophy. He writes,

True philosophy consists in our sitting at the feet of Jesus, and receiving the truth as He has been pleased to reveal it. The Scriptures teach us, that the understanding of fallen man is darkened, and that the Holy Spirit alone can illuminate its inmost recesses with the light of truth. (22)

Though written more than 150 years ago, Haldane’s words still ring true. In his day, various Enlightenment philosophies, especially those arguing for morality sans biblical revelation, were infiltrating the church. As an evangelist, he saw thousands come to Christ who had received instruction in their churches on morality, but had not on Christianity. And in response, Haldane exposed the errors of combining biblical Christianity with worldly philosophies, a pastoral practice we should continue today.

Sociology Can Be a Vain Philosophy

In our day, the fusion of truth and error is equally pernicious, but perhaps more difficult to discern. For, instead of seeing a fusion of Christianity and Enlightenment philosophy, which we have been trained to observe and reject, it is more often the case that we see the fusion of Christianity and sociology. Sociology has become a leading assistant in churches today who are employing diversity training and all other forms of cultural awareness.

At first, some might not see the connection between sociology and unbiblical philosophies. This may be due to the difference in terminology, with their different locations in the college catalog. Likewise, it may be due to the fact that sociology, like psychology, is a common grace helper for earnest Christians. We need to be less naive, however.

Fundamentally, sociology is a philosophical endeavor, and one that often stands upon various biological, historical, or philosophical beliefs. To define our terms, the discipline of sociology “attempts to understand the forces outside us that shape our lives, interests, and personalities (Eitzen and Zinn, 2003:4).” Practically, how one understands the world is both informed by one’s philosophy (i.e.., epistemology, ethics, metaphysics) and informs ones philosophy. Yet, because this philosophy goes by the name of sociology and the study of societal trends, its pervasive and corrupting influence on Christianity is less often discerned.

To speak anecdotally, in 2020 I read or listened to over twenty books on race, and ironically the only one that didn’t let sociology inform their applications and conclusion was, ironically, a book by the sociologist George Yancey. Writing on the weakness of sociology to solve ethnic animosity, he writes, “None of the four models  we have discussed [i.e., colorblindness, anglo-conformity, multiculturalism, white responsibility] is capable of providing a unique Christian answer for our racial problems. All of them are flawed because their secular philosophical origins limit their perspectives on reality” (Beyond Racial Gridlock, 74). As a Christian sociologist, he recognizes the limitations of sociology. Unfortunately, many other Christians do not see this. As a result, they have unassumingly employed the language, concepts, and philosophies of modern sociology to address problems, especially those related to race.

How Critical Race Theory Slips In

Today, teachers of God’s Word regularly join biblical doctrine with unbiblical sociology. The chief example of this is the failed attempt to combine Critical Race Theory with the Bible. Yet, it’s not just conjoining two systems that is the issue. That is usually spotted and discarded from the start. The more pernicious practice takes place when teachers take pieces of the CRT puzzle (call them analytical tools if you will) and fit them into the biblical framework. Or worse, there are some who critique CRT as a system, while employing the various tools defined and created by CRT (i.e., when John Piper critiques CRT but employs the definitions of racialization from Divided by Faith in his book Bloodlines, which comes from Eduardo Bonilla-Silva, advocate of Intersectionality, a tool of CRT, and author of Racism without Racists).

Do you see how CRT, without claiming the name CRT, enters the church? Its tools can even be employed by those who oppose the system, but knowingly or unknowingly borrow the terms and tools. Even when teachers don’t recognizing the source of their ideas—things like white privilege, guilt by group identification, justice through power redistribution, the need for multi-perspectivalism instead of transcendent truth, etc.), many have brought into the church unbiblical ideas. Others too have brought into the church grain that will poison God’s people, not recognizing the leavening effect of CRT and its philosophy.

A Word from Church History

In the end, such a fusion of truth and error is not new. It goes back to the beginning when Satan deceived Adam’s bride. And today, Satan continues to deceive Christ’s bride. In 19th C. Scotland, James Haldane had to deal with this kind of attractive deception, just like we do, just like every generation. In fact, in his opening salvo against Christianity fused with philosophy, he closes his chapter with the words of Lutheran historian, J. L. Mosheim. Writing about the second century church, Mosheim notes how God’s people have always been tempted to move beyond the sufficiency of Scripture—a fact we must keep in mind when we encounter arguments that come from modern sociology and their related fields.

Indeed, to keep our eyes open to the errors of philosophy, guised as sociology, we will close with Mosheim’s words. For in these words about the early church, we are cautioned in any attempt to employ modern  sociology to better read Scripture, order the church, seek justice, or preach the gospel. God’s word is sufficient and that is why we must be alert to the ways we are being led to abandon a simple and pure devotion to Christ. With that in mind, let us consider these words from J. L. Mosheim (pp. 25–27).

Among other accessions to the splendour and force of the growing Church, we may reckon the learned and ingenious labours of those philosophers and literati who were converted to Christianity in this century. I am sensible that the advantages arising from hence to the cause of true religion will be disputed by many; and, indeed, when the question is thus proposed, Whether:, upon the whole, the interests of Christianity have gained or lost by the writings of the learned, and the speculations of philosophers, that have been employed in its defence? I confess myself incapable of solving it in a satisfactory manner. For nothing is more manifest than this truth, that the noble simplicity and dignity of religion were sadly corrupted in many places, when the philosophers blended their opinions with its pure doctrines, and were audacious enough to submit that Divine system of faith and piety to be scrutinized and modified by the fallible rule of imperfect reason. (“External History of the Church in the Second Century,” 1:156, emphasis mine)

‘This venerable simplicity was not indeed of a long duration; its beauty was gradually effaced by the laborious efforts of human learning, and the dark subtilties [sic] of imaginary science. Acute researches employed upon several religious subjects, concerning which ingenious decisions were pronounced, and, what was worst of all, several tenets of a chimerical philosophy were imprudently incorporated into the Christian system. This disadvantageous change,— this unhappy alteration of the primitive simplicity of the Christian religion, was chiefly owing to two reasons; the one drawn from pride, and the other from a sort of necessity. The former was the eagerness of certain learned men to bring about a union between the doctrines of Christianity and the opinions of the philosophers; for they thought it a very fine accomplishment to be able to express the precepts of Christ in the language of philosophers, civilians, and rabbins [rabbis]. The other reason that contributed to alter the simplicity of the Christian religion, was, the necessity of having recourse to logical definitions and nice distinctions, in order to confound the sophistical arguments which the infidel and the heretic employed; the one to overturn the Christian system, and the other to corrupt it. (“Doctrine of the Christian Church in the Second Century,” 1:183)

Let the reader understand. The errors of previous generations are not ours, but the way we err is. How many in defense of Christianity from the accusations of the world have gone astray from orthodoxy. In permitting the world to define terms and employ their (sociological) concepts, Christians must conform their speech and thought to unbiblical ideas. But when that happens, when we leave the simplicity of God’s Word, we will begin to mishandle the truth. The only question is, to what degree will we conflate truth and error? But clearly to join Scripture and sociology together will result in straying for a sincere and pure devotion to Christ, even if every protest is to to the contrary.

So church, let us take hold of the sufficiency of God’s Word and never feel ashamed for sticking with the Bible—its terms, its truth, and its tone. Even when others are importing the poisonous seeds of modern sociology into the church, let us continue to live on God’s Word alone.

Photo by Aaron Burden on Unsplash

5 thoughts on “A Sincere and Pure Devotion to Christ: Why the Sufficiency of Scripture Means Rejecting Secular Sociology”