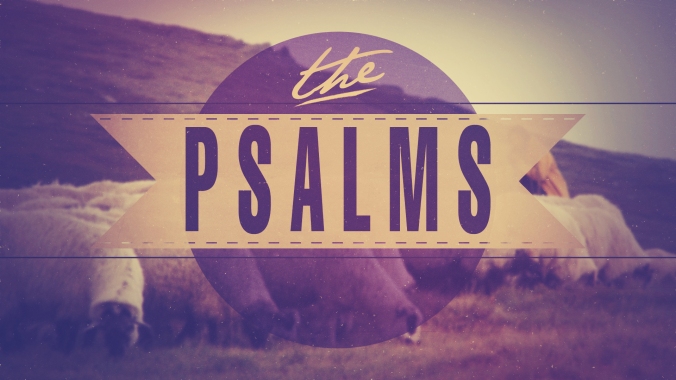 It is unmistakable that Psalms 96, 105, and 106 find their genesis in 1 Chronicles 16. Just read them together, and you will see how the psalms take up different parts of 1 Chronicles. With this background, it begins to help us see how to understand the message of Book IV in the Psalter, as well as the timing of Book IV.

In the original setting (in 1 Chronicles 16), David writes a psalm to celebrate the ark of the covenant coming to Jerusalem. After the ark, the symbol of God’s ruling presence, had been lost in battle to the Philistines and displaced from God’s people, David took pains to bring the ark to its proper place—the tabernacle set up in Jerusalem.

From another angle, this return of the ark can be described as the Lord’s enthronement. In David’s lifetime, we find the first enthronement of God in his holy city. What was promised by God, going back to Exodus 15:17–18 . . .

(You will bring them in and plant them on your own mountain,
the place, O Lord, which you have made for your abode,
the sanctuary, O Lord, which your hands have established.
18  The Lord will reign forever and ever.”)

Yet, when we read the Psalms in chronological order, we find that Psalms 90–106 do not match up with the Lord’s enthronement in David’s day. Rather, placed after David died (see Psalm 71) and after David’s sons had lost the throne (Psalm 89), Book IV describes a new enthronement, or what David Mitchell (The Message of the Psalter) calls a “return from exile.” Clearly, Book IV is using the event of the Lord’s enthronement in David’s day as “type” that can be applied in a new setting. But what is that setting? And when?

Before answering that question directly, let’s consider the way that this enthronement combines the exodus theme of redemption with the royal theme of kingship, “the Lord reigns.” Observing this combination, Mitchell rightly identifies the place of Moses in Psalms 90–106 and speaks of these psalms as replaying the exodus narrative (273–74). However, with David’s words in Psalms 96, 105, 106, we find a strong Davidic theme too, one associated with the Lord’s enthronement—a theme that runs from Exodus 15:18 to 1 Chronicles 16:31 to Psalms 93:1; 96:10; 97:1; and 99:1.

This brings us to the timing of this new enthronement. In Mitchell’s estimation, the timing of this event comes at the end of the age (272, 274). By my reading, however, I believe we should place these Psalms in between the fall of David’s throne (Ps 89) and the arrival of the son of David, who is the priest-king after the order of Melchizedek (Psalm 110), which is to say, we should see these psalms as describing the events surrounding the return of Israel from Babylon, the construction of the second temple, and the return of Yahweh to rule his people in Israel.

Indeed, in between Book III and Book V, stands an entire history of Israel’s return from exile, the return to God’s holy hill, and the repentant response of God’s people. As Mitchell observes (272, 275), the return from exile theme predominates the first section of Book IV (Pss. 90–100); the repentance theme predominates the second section (Pss. 101–106). Again, he assigns these events to the latter-day exile of Ezek. 20:35–38; Zech. 13:7–14:2; Hos. 2:16 (274)—and perhaps, he’s right. Certainly, the Old Testament perspective on future events was fulfilled by Christ in an already and not yet fashion—the end of the age has come in the resurrection of Christ.

That being said, I am more inclined to see the ongoing narrative of the Psalms in Book IV as tracing the historical return of Israel in the days of Ezra, Nehemiah, and Zerubabbel.  The primary reason for reading Book IV this way is that there is another call for in-gathering at the end of Psalm 106 and another new exodus beginning in Psalm 107. In fact, Book V (Pss. 107–150) tells the second half of the story of Israel’s redemption.

In comparison with the other Prophets, the Psalms follow a similar pattern of physical restoration to the land, which does not fully resolve the problem of Israel’s sin and covenant-breaking. As Isaiah 40–55 explains, the physical return of Israel to the land, as accomplished by Cyrus (see Isaiah 45–51), does not resolve the problem of sin. There remained in Israel the need for a spiritual exodus from death to life, complete with an atonement for sin, and the formation of a new covenant. Additionally, this new covenant, brought about by a new servant, would bless not only Israel but the nations (see Isa. 49:1–7).

Still, these historical enthronements foreshadow the greater enthronement of Christ himself and the kingdom that he established in his death and resurrection. Indeed, in the New Testament it was Psalm 110 and Psalm 118 that Jesus and the Evangelists applied to Christ and the inauguration of his kingdom. While Psalm 95 plays a key role in Hebrews 3–4, such a passage describes the way that Christ is a greater Joshua because he is the true royal priest, as defined by Psalm 2 and Psalm 110.

Truly, this understanding of the Psalms requires a thorough-going narrative approach to the Psalter. But for the many reasons we have for seeing the intentional arrangement of the Psalms, we have good reason for reading Book IV as the penultimate enthronement of God in Zion. Or at least, that’s how I’m approaching it, as it fits in the arrangement of the Psalter, matches the historical events of Israel, parallels the way the Prophets spoke of the coming messiah, and finds fulfillment in the events of Christ’s life himself.

What do you think? Is there a better way to approach these Psalms? I’d love to hear your thoughts.