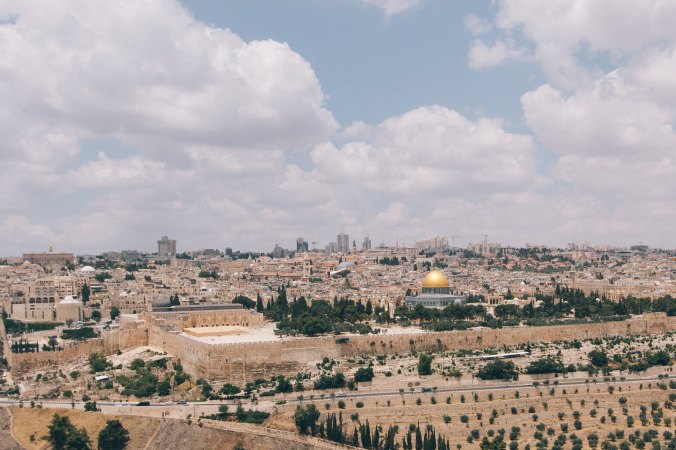 [This blogpost is one of many on Isaiah, this month’s focus book in the Via Emmaus Bible Reading Plan. For more resources on Isaiah, see here].

In the book of Isaiah, the word “Zion” and the concept of the Lord’s holy mountain is prominent. Yet, Zion is not something that only appears in Isaiah, it is a theme that runs through Scripture. In the days ahead, I hope to put a few notes down on this concept.

For starters, consider the observations of Stephen Dempster, author of Dominion and Dynasty: A Study in Old Testament Theology. Describing the connection between Zion and Sinai, he writes (on an old blog that had so much promise . . . but little fulfillment :-):

I have been just reading and thinking about the whole relation between Sinai and Zion. Hartmut Gese’s chapter on The Law in his book Essays in Biblical Theology is extremely stimulating. . . . Gese makes the point that the Torah given at Sinai was given to one nation and there was an exclusive emphasis on it—a wall of separation was erected between the Holy and the Unholy. When the covenant was made and the atonement was made, representatives of Israel were allowed to ascend the mountain and eat and drink with God. The text clearly says that they saw God and were not harmed (ch. 24). They had unbroken fellowship with their Creator.

(Incidentally if you want to read an excellent book on Exodus 19–24 from a biblical theological perspective, I commend the Australian John Davies’. recent monograph, A Royal Priesthood: Literary and Intertextual Perspectives on an Image of Israel in Exodus 19:6 (JSOTSup, 395). It views this communion as a return to the Garden paradise in Eden.)

At any rate, to return to Gese, he sees the great banquet on Mount Zion at which all the nations have been gathered in Isaiah (ch. 25) as the eschatological projection of Sinai. But now there is a stress on inclusion rather than exclusion as holiness has permeated everything—it has knocked down all barriers. Thus death—the epitome of the unclean and unholy—has been eliminated forever. Here is the context for the inclusive Zion Torah, which seeks to embrace all (cf. Is. 2:1-5, 42:1-6).

Gese develops the idea further in the NT on the Sermon on the Mount, where there is the fulfillment of this Zion Torah in the teaching of Jesus of Nazereth (sic). But it is in Jesus’ life in particular, where this movement of holiness smashing down all barriers is effectively seen. He dares to touch the leper, he is touched by the contaminated woman, he touches the dead and raises them. His death brings about the radical cleansing for all on the day of atonement. And He sends his disciples into all the world, for he is its Lord. Great thoughts.

Dempster is right. These are great thoughts, and they help us understand how the hill of the Lord develops in Scripture.

In the Old Testament, the hill of the Lord is an exclusive, holy hill. Death was threatened to those who approached Sinai and when the temple was built in Jerusalem (the picture above), the same threat remained. Yet, when Christ, who was the Word made flesh, tabernacled (John 1:14) among us, he made a way for sinners to be made clean and approach the hill of the Lord. In other words, as he embodied the presence of God on earth, he also made a way for his people to approach Zion (see Heb. 12:19–29).

In this way, we can see the difference between the covenants and the superlative nature of the new covenant over the old. Whereas the nations were invited by the light of Israel to come to Zion, this approach to God’s hill remained limited to this singular location. By contrast, the new covenant would spread to the ends of the earth, establishing “holy hills” (i.e., temples of living stones) wherever the people of God gathered—first in Jerusalem, then Judea-Samaria, and then the ends of the earth.

As Dempster and Gese notice, what was once exclusive has now been spread abroad. And what was once restricted to the priests and Levites—access into God’s temple—has now been shared with Jews and Gentiles whose sins have been cleansed by the blood of the Suffering Servant (Isa. 53; 66:20–21). Isaiah helps us to see this development and knowing more about the mountain of the Lord helps us know more about Isaiah too.

2 thoughts on “Sinai and Zion: How Learning the Terrain of God’s Holy Hill Helps Us Read Isaiah”