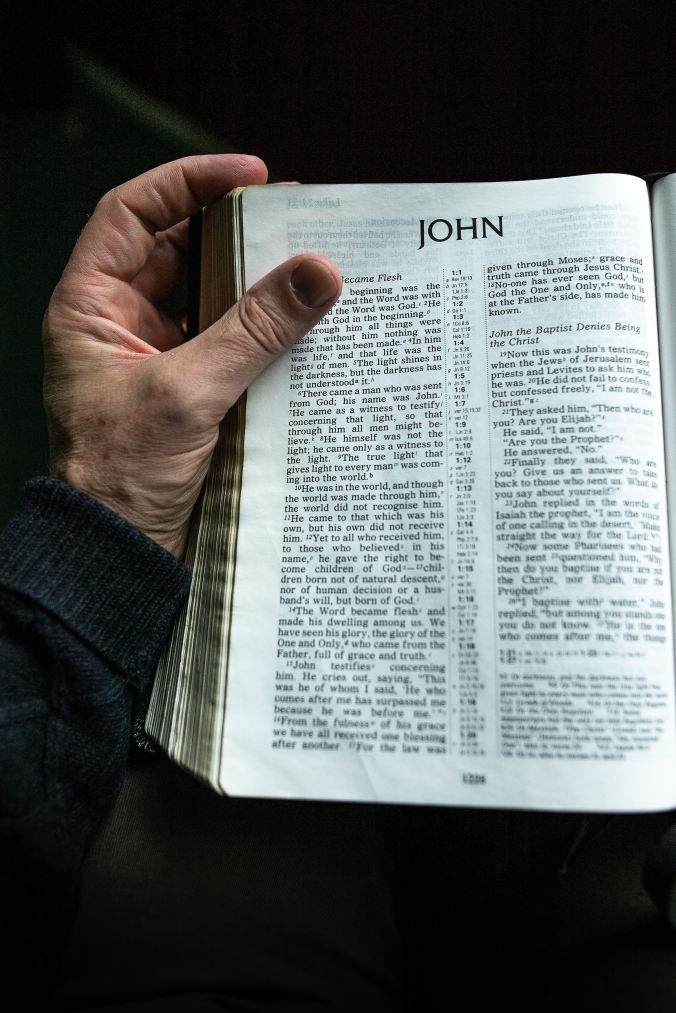 The Old Testament is the not the only place where we find expositional preaching. Jesus himself preached expositionally. In fact, he was more than an expositional preacher, according to John John 1:18 he literally ‘exegeted’ the Father, meaning that he explained, exposed, and revealed the character of God in his very life and person.

As the Word Incarnate, Jesus perfectly revealed God. And as the Prophet like Moses (Acts 3:22–26), he handled the Word of God with skill and authority (cf. Matthew 7:29). For these reasons, we should be listen to what Jesus said (Matthew 17:5; cf. Deuteronomy 18:15) and follow him. And learning from him how to read and interpret Scripture, we should see what kind of expositional preacher he was.

Jesus Was an Expositional Preacher

Jesus carried on a ministry of exposition before and after his death and resurrection. For instance, in the Sermon on the Mount, Jesus repeatedly quoted the Old Testament and provided a more accurate interpretation and deeper application by showing how the Law was fulfilled in the new covenant he was bringing.

In full agreement with his opponents that God’s word was divinely inspired, Jesus taught as one with authority (Matthew 7:29). Interestingly, with absolute authority, he did not create his own sermons; he repeatedly put himself under the word of God (cf. Gal 4:4) and interpreted how he himself fulfilled the Old Testament. (We might even find a similar pattern in the way the Father used Genesis 22, Psalm 2, and Isaiah 42 to identity Jesus as his beloved Son at Jesus’s baptism).

Another example of Jesus’s exposition comes on the road to Emmaus. Writing about the day of his resurrection, Luke records the manner in which Jesus spoke to his two forlorn disciples who had left Jerusalem for Emmaus. Luke records,  “And beginning with Moses and all the Prophets, he [Jesus] interpreted to them in all the Scriptures the things concerning himself” (Luke 24:27).

While we cannot know the content of his ‘sermon,’ we know that Jesus began with Genesis and continued through the Old Testament expositing all the places that Christ’s sufferings and glories were revealed. Jesus followed the same pattern in the Upper Room. Luke 24:44-47 reads,

Then he said to them, “These are my words that I spoke to you while I was still with you, that everything written about me in the Law of Moses and the Prophets and the Psalms must be fulfilled.” Then he opened their minds to understand the Scriptures, and said to them, “Thus it is written, that the Christ should suffer and on the third day rise from the dead, and that repentance and forgiveness of sins should be proclaimed in his name to all nations, beginning from Jerusalem.

Though condensing Jesus’ instruction, Luke gives the sense of Jesus’ teaching. Referencing the Law, the Prophets, and the Writings, he explains how all three sections of the Old Testament relate to himself. In this way, Jesus exposits the whole Hebrew Bible in light of his suffering and glory, his death and resurrection.

Going further, Jesus continued to instruct his disciples to exposit the Old Testament in the forty days he taught about the kingdom of God (Acts 1:1–11). While it was the Holy Spirit that his apostles power to proclaim the gospel; it is apparent Jesus post-resurrection instruction prepared his disciples to be his witnesses.

Their understanding of the Old Testament is best understood as Christ-instructed. As George Smeaton observed a century ago, “Christ’s oral expositions are to be taken as the middle term, or as the connecting link between Old Testament records on the one hand, and the apostolic commentary on the other.  In a word, He was Himself the interpreter of Scripture.” His Christ-centered interpretations sit underneath the testimony of the apostles and can be observed in the texture of the New Testament (cf. George Smeaton, The Apostle’s Doctrine of the Atonement, 4-7).

Jesus is the Model

In the end, it is impossible to duplicate Jesus’s teaching style, because he is God and because we only have the testimony of Jesus’s apostles, not his actually sermon manuscripts. Still, while we cannot copy his personal authority or his dynamic style, his pattern of citing the Scripture, explaining Scripture, and applying Scripture is the basic formula for all exposition preaching.

Such biblical exposition is discernible when we look carefully at how Jesus related to the Old Testament, and it is even more apparent when we look at how his immediate followers preached in the books of Acts and Hebrews. Tomorrow we will pick up those two books.

Photo by James Coleman on Unsplash

One thought on “The Need for Expositional Preaching (pt. 3): Jesus was an Expositor”