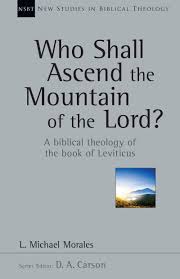 If you do well, will you not be accepted?
And if you do not do well, sin is crouching at the door.
Its desire is contrary to you, but you must rule over it.”
— Genesis 4:7 —

I appreciate this interpretation as it pays careful attention to the cultic themes of Genesis (i.e., temple, sacrifice, priesthood) and the way it explains in more objective terms why Cain’s offering is rejected and Abel’s is accepted. The reason? The former rejected God’s Word and Gods’ way; he brought a sacrifice of his own choosing, rather than the sin offering which God prescribed. Meanwhile, Abel brought a offering which responded to God’s Word in faith and sought atonement for his sin.

Read in the context of Moses’s five books, this seems like a superior interpretation, as Morales explains further.

Reading the narratives of Genesis 2–3 as pertaining merely to origins, unrelated to the rest of the biblical story, is a regrettably common approach. From the perspective of the Pentateuch’s overall composition, however, the theological role and paradigmatic function of Eden is deeply significant. As stated previously, the expulsion from Eden becomes the central tragic event propelling the entire drama of the Pentateuch (and of the rest of the Bible). Indeed, throughout the history narrated in Genesis, this dilemma is only intensified. After Adam and Eve have been expelled from the garden of Eden, it appears they did not stray from the bounds of Eden itself — Eden being broader than the garden within it. Though the lines are subtle and sparse, a definite landscape surfaces through the sketch: no longer able to abide in the divine Presence within the garden (holy of holies), humanity now meets with God at the gate of Eden’s garden, which has become the cultic site for sacrifice and worship.

We have already considered various features that mark out the garden as an archetypal holy of holies; perhaps the most obvious one, however, was not addressed — namely the cherubim posted at the eastward entrance. [Citing J. Berman] ‘The cherubim reappear in only one other context in the entire Pentateuch, and that is in the Holy of Holies in the Sanctuary.’ Cherubim and other like creatures were the traditional guardians of sacred space in the ANE. The veil of the tabernacle’s holy of holies was embroidered with cherubim (Exod. 26:1, 31), and cherubim were also fashioned upon the atonement lid of the ark (Exod. 25:18—22). Later, the inner sanctuary of Solomon’s temple too would be guarded by large cherubim statues (1 Kgs 6:23-28). As explained in Leviticus, the tabernacle’s eastward door served as the place where Israelites would come to present their offerings before the Presence of YHWH:

Conceivably, then, it was to the original sanctuary door, the gate of Eden guarded by cherubim, that Cain and Abel would have brought their offerings. Indeed, an alternative translation of Genesis 4:7, once common, makes this door the probable referent in YHWH’s address to Cain, reading ‘a sin offering lies at the door/entrance [petah] (rather than ‘sin crouches at the door’, as in the door of Cain’s heart or tent).

In Hebrew both ‘sin’ and ‘sin offering’ are rendered by the same word (hatta’t), the meaning of which must be determined by context, and the participle rendered ‘crouching’ or ‘lurking’ (robes) by some translations is, in fact, more commonly used in the Hebrew Bible with reference to an animal lying down tranquilly. Psalm 23, for example, expresses the psalmist’s reflection upon YHWH as shepherd with this same word: “he makes me lie down [rbs] in green pastures’. It could be, then, that YHWH had revealed to Cain the means by which he might be restored to divine fellowship, precisely the same means he would later reveal to Israel through Moses in the book of Leviticus: a sin offering at the sanctuary doorway.

While there is much to unfold within this narrative of Genesis 4, here we merely note its emphasis on worship and that, after the murder of Abel, the story resolves with Cain’s deepened exile in relation to the divine Presence within Eden: “Cain went out from the Presence of YHWH’ to dwell ‘east of Eden’” (Gen. 4:16). This should certainly be considered a second expulsion, for, aside from various other parallels with Genesis 3, Cain is also ‘driven out’ (gērastā), and plainly understands the departure from the countenance of God as certain death, contesting, ‘I shall be hidden from your face . . .  anyone who finds me will kill me’ (Gen. 4:14). While vouchsafed divine protection, Cain and his posterity have become wanderers further removed from the life of God that flows from life with God. (Morales, Who Shall Ascend, 56–57)

All in all, I cannot recommended Who Shall Ascend the Hill of the Lord highly enough. More than just rehearsing the contents of Leviticus, it explains the logic of the sacrificial system and how Leviticus serves as the center piece of Moses’s five books. Even more it shows how God’s intention in Leviticus and the rest of the Bible is an ascension to dwell with God on high. Just as it was in Eden, so it will be again—through Jesus Christ.

Can you see why I liked this book so much? It is a challenging read, but worth every effort. The interpretation of Genesis 4:7 is one example, but there are many more. In 2019 if you want to understand Leviticus and all of the Bible better, this would be a great book to read.

One thought on “‘Sin Crouching at the Door’ or ‘A Sin Offering at the Gate’: Michael Morales on Genesis 4:7”