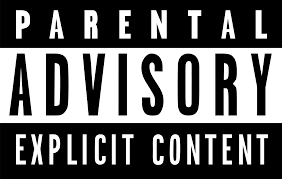 In the Bible there are many explicit images, stories, and words. Read Genesis 34, Genesis 38, Ezekiel 16, the Song of Songs, or Paul’s use of the word skubala (Philippians 3:8) and you will come in contact with holy writ that would require an ‘R’ rating if put to film. Yet, because the medium of God’s Word is not visual, but literary, it both reveals and conceals graphic content.

In the wisdom of God, he has given us Scripture that is both explicit as to sex, violence, and all manners of vice, all the while retaining its holy perfections and purity. Still, not all interpreters of God’s Word are able to “see” this. And sadly, many bring their biases to the text of Scripture, and instead of letting the pure word of God renew their minds, they distort God’s Word, even portraying God in blasphemous ways.

One such example of this comes from Judith Sanderson’s commentary on Nahum 3. Since our church is preaching through Nahum right now, I felt it might be helpful to highlight this passage, especially the way Sanderson comments on Nahum 3:5–6:

5 Behold, I am against you, declares the Lord of hosts, and will lift up your skirts over your face; and I will make nations look at your nakedness and kingdoms at your shame. 6 I will throw filth at you and treat you with contempt and make you a spectacle.

In the Women’s Bible Commentary, a commentary with an unashamed feminist perspective, Sanderson interprets the judgment oracle against Nineveh as portraying God as someone who “rap[es]women when angry.” In full context, this is what Sanderson says,

The image of Nahum used to vent that anger is dangerous to women’s health, lives, and well-being and must be recognized as such.  In a society where violence against women is epidemic, it is extremely dangerous to image God as involved in it in any way.  That danger is of two kinds. What would it mean to worship a God who is portrayed as raping women when angry? And if humans see themselves in some way as the image of God, what would it mean to reflect that aspect of God’s activity on the human level? To involve God in an image of sexual violence is, in a profound way, somehow to justify it and thereby to sanction it for human males who for any reason are angry with a woman. No wonder then that these biblical passages are seldom used for preaching and teaching … It is dangerous enough that God is depicted as male while human beings are female.  The danger is greatly compounded when God is depicted as a male who proves his manhood and superiority through violent and sexual retaliation against women. (Women’s Bible Commentary, pp. 220-21)

Is this really what Nahum 3 says, or the way we should interpret it? Absolutely not! But when read through the dark lens of secular feminism, it is possible to skew the Bible with such an ideological bias that it results in blasphemy of the grossest kind.

Still, in our #MeToo age, we cannot simply dismiss her claims without looking more carefully. And on this investigation, I would commend the lecture notes of Daniel Block (Introduction to the Old Testament, pp. 128–129). Daniel Block is a professor of Old Testament at Wheaton College in Chicago. However, before teaching at Wheaton, he served for many years at Southern Seminary in a similar position.

In 2005 I took his Old Testament Survey course, where he shared his response to Sanderson in his lecture notes. Here is what he says,

So should we read Nahum 3 as God raping women? Mei genoito. By no means! As Jesus (who is God and who is the perfect image of God) displayed in his earthly ministry, he was a defender and dignifier of women. On the cross, Jesus entrusted his mother to his beloved disciple, and throughout his earthly ministry he always protected women and never violated them.

Therefore, there is in the Lord no trace of impurity or capacity for evil or temptation (James 1:13). While God’s word speaks often with graphic and explicit images, it never suggests anything like what Sanderson does. In a world filled with sin, God can and must speak openly and honestly about human wickedness. And rightfully, he visits exacting justice on those who pursue wickedness, even permitting those who chase sexual sin to be ensnared and stricken by it.

Still, for all that Scripture says about judgment, the overwhelming testimony of God’s vengeance is always coupled with this holiness and goodness (Nahum 1:7). He is good in all he does and this includes the explicit language of Scripture and the perfect judgment he renders on unrepentant wickedness. God shows no impartiality and the testimony of Nahum shows how he deals with sin. In this way, it teaches us to put hand over our mouths, rather than to speak such blasphemies.

In the end, may we who love the Lord seek to learn from his Word, and not to contort his Word to meet our earthly presuppositions and ideologies. This is what Judith Sanderson does not do, and what Daniel Block helps to do. And this is not because Block is a man and Sanderson a woman, it is because Sanderson fails to sit at the Lord’s feet like Block does. In this way, Daniel Block shows himself to be far more like Mary than Judith Sanderson does (see Luke 10:38–42). And from Mary we should all learn much—to close our mouths and listen in God’s presence (i.e., his Word) and only to repeat what he says, without coloring our words with modern ideologies.

One thought on “Rightly Dividing the Word of Truth: Daniel Block’s Answer to a Feminist Reading of Nahum 3”