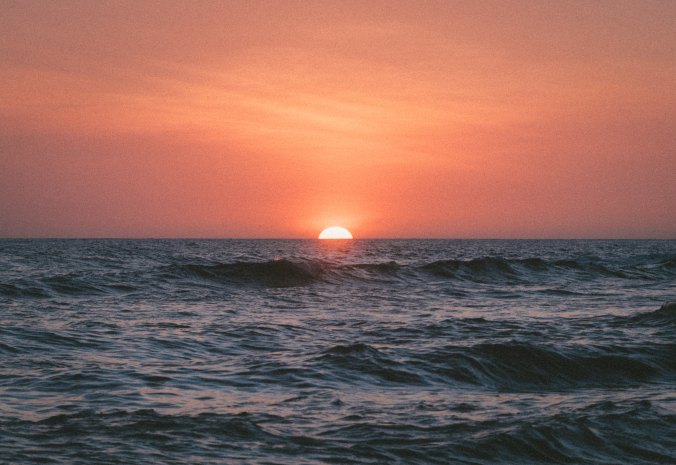 I love the end of Paul’s letters. Why? Because there is so much missions-mindedness in them. For instance, in Romans 16, Paul lists a few dozen of his gospel associates. In Titus 3 he shows how he is making plans for the gospel to go throughout the Mediterranean. And in Colossians 4, he is again speaking of the laborers who are both faithful and dangerous.

This week our church finishes up the book of Ephesians, and again Paul is demonstrating the way that he scheming for the gospel’s advance and shepherding the church in Ephesus he knows and loves. Though the content of Ephesians 6:21–24 is considerably less than other letters, we can see that his closing words do more than just conform to the epistolary conventions of his day.

In fact, there are at least five ways Paul’s closing words in Ephesians 6:21–24 display his pastoral heart.

First, Paul is personal and generous.

Rather than just sending a letter, he sends his friend and fellow laborer, Tychicus. From a quick survey of the New Testament, Tychicus shows up at the end of Colossians (4:7), Titus (3:12), and 2 Timothy (4:12). In each case, Paul is sending this beloved brother and faithful minister to instruct and encourage various churches. Tychicus is from Asia (Acts 20:4), maybe even from or near Ephesus (cf. Acts 21:29). This means he is well-suited to serve the church in Ephesus, even as he has assisted Paul for many years.

With the exception of Titus, Paul is writing every letter from captivity. Thus, he cannot go to the churches he addresses. But that being said, he knows the importance of personal ministry. And hence, instead of keeping Tychicus for himself, Paul sends him to bring the letter to the saints in Ephesus.

This observation is a continuation of the first. Unable to make the trip to Ephesus, he sends a trusted gospel minister to encourage the people. He is not just sending a messenger; he’s sending a messenger of the good news, one who has proven himself to be a faithful servant of Christ.

In this commission, Paul urges Tychicus to come alongside the Ephesians to encourage them. While he could report on Paul’s circumstances; his greater objective is to encourage the people in Christ. Thus, even in his own captivity is not thinking of his personal comfort. Rather, as he articulates in Ephesians 3:1–4:1, Paul is most concerned about the Ephesian church. And Tychicus’ arrival is proof of his pastoral care.

In sending Tychicus, Paul also shows his humility. Rather than fill the pages of his letter with personal affects, he instructs the Ephesians to get their news from a trusted source. In this way, Paul demonstrates humility in at least three ways: (1) He doesn’t fill his letter with self-centered discussion. As usual, he avoids the kind of boastful pride that is so common in the world. Instead, he commits himself to speak of Christ and his grace and truth and glory.

At the same time, (2) Paul doesn’t deny the Ephesians information about himself. This is another kind of pride—the kind that is unwilling to receive grace from others or share oneself with others. Those who refuse to share themselves are often afflicted by a kind of pride that is not loud and showy, but overly self-conscious. It may appear to be ostensibly humble to not talk of one self, but it can also be a way a proud person protects their image. Paul doesn’t do that.

Finally, (3) he invites the Ephesians to ask Tychicus about Paul’s condition. In this, he doesn’t close himself from discussion. Presumably, Tychicus could report some negative things about Paul—his weaknesses or something else. But Paul does not do anything to protect against this; he trusts Tychicus and opens himself to let another speak of himself. In this way, he doesn’t try to ‘spin’ his image. He is free in Christ and at peace with Tychicus reporting what needs to be reported. In this way, along with the other two, we see Paul’s humility.

Through his letter Paul has outlined the gospel in chapters 1–3, with its many application in chapters 4–6. Now he is closing his letter, and what does he close with? A reference to the grace and peace found in the gospel.

He writes, “Peace be to the brothers, and love with faith, from God the Father and the Lord Jesus Christ. Grace be with all who love our Lord Jesus Christ with love incorruptible.” Those three benedictions (italicized) are more than conventional words of salutation; they have deep gospel significance. In Ephesians 2, Paul defines grace as that which the Father freely gives to those he is redeeming from death. Peace is what Christ achieves through his death on the cross. And love is what the Spirit gives to the church, so they can grow up in Christ.

In short, Paul’s words are summarizing and pronouncing a gospel-centered blessing on the people whom he is writing.

Finally, Paul closes his letter with prayer. Just as he prayed in the beginning (Ephesians 1:15–23) and the middle (3:14–21), so now he prays in the end. In this closing pray Paul shows his consistency to pray; his belief that nothing can be done without prayer.

Likewise, his closing prayer shows a pattern that attends every letter. Just as he opens every letter with a word of “grace to you” that prepares his hearers from his Spirit-inspired words, so he finishes with his typical “grace be with you.” In this, it is a prayer that the same Spirit who led him to write words of grace would continue to bring grace to church by means of the Spirit. In this Paul prays in the the Spirit, to the Father, for the Spirit of Christ to come build up the church in grace and love.

Not Quite the End

As we look at Paul’s closing words in Ephesians and his other letters, we learn a great deal about what animated Paul. He is radically committed to the gospel and to people—to the churches he has planted and the men and women who have labored beside him. As I’ve described elsewhere, Paul is a gospel aircraft carrier roaming the Mediterranean, and at the end of Ephesians we see how he is launching Tychicus to serve the church in Ephesus.

In this way, the end of the letter is clearly not the end. Just as Isaiah 55 promises that the word of God will not return void, so we can close each of Paul’s letter with confidence that his inspired words will produce faith, hope, and love. Indeed, this is our hope and prayer too, that in reading and applying God’s words to our lives, we will become more like Paul—radically-centered on the gospel and committed to encouraging and praying for others to know Christ more and more.