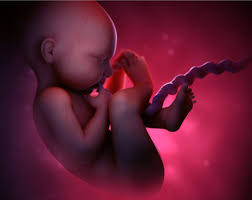 Scripture is clear on defending the life of the unborn, but so is church history. So, as we approach Sanctity of Life Sunday, here are a few quotes from church history. From the first century to the twenty-first century, care for orphans and the unborn is a priority of the church (see James 1:26–27).

(Many of these quotations listed below were collected from printed material from CARE-NET, a strategic ministry to women and children; other quotations come from Life News and Eternal Perspective Ministries).

The Didache (a second century catechism for new converts)

You shall not slay a child by abortion.

Clement of Alexandria (second century defender of the Christian faith)

For those who conceal sexual wantonness by taking stimulating drugs to bring on an abortion wholly lose their own humanity along with the fetus.

We say that women who induce abortions are murderers, and will have to give account of it to God. For the same person, would not regard the child in the womb as a living being and therefore an object of God’s care and then kill it…. But we are altogether consistent in our conduct. We obey reason and do not override it.” (Petition to Emperor Marcus Aurelius, circa 150 CE)

It does not matter whether you take away a life that is born, or destroy one that is coming to the birth. In both instances, destruction is murder” (Apology, 9.4).

For us [Christians] we may not destroy even the fetus in the womb, while as yet the human being derives blood from other parts of the body for its sustenance. To hinder a birth is merely a speedier man-killing; nor does it matter when you take away a life that is born, or destroy one that is coming to birth. That is a man which is going to be one: you have the fruit already in the seed” (Apology 9:6)

“Those who give abortifacients for the destruction of a child conceived in the womb are murderers themselves, along with those receiving the poisons” (Canons, 188.2).

Abortion is “the murder of an unborn child” (Letter to Eustochium, 22.13).

The fetus, though enclosed in the womb of its mother, is already a human being and it is a most monstrous crime to rob it of the life which it has not yet begun to enjoy. If it seems more horrible to kill a man in his own house than in a field, because a man’s house is his place of most secure refuge, it ought surely to be deemed more atrocious to destroy a fetus in the womb before it has come to light.

Destruction of the embryo in the mother’s womb is a violation of the right to live which God has bestowed upon this nascent life. To raise the question whether we are concerned already with a human being or not is merely to confuse the issue. The simple fact is that God certainly intended to create a human being and that this nascent human being has been deliberately deprived of this life. And that is nothing but murder.

Once impregnation has taken place it is no longer a question of whether the persons concerned have the responsibility for a possible parenthood; they have become parents.

It is a poverty to decide that an unborn child must die so that you may live as you like.

“Among the values promoted by AFC are a strong national defense, opposition to abortion and pornography” (A Promise for the Future, American Freedom Coalition pamphlet, Sept. 1987, p.1)

Rev. Jesse Jackson (1941– ) — Jackson was an outspoken opponent of abortion before his two runs for President in the 1980s.

“There are those who argue that the right to privacy is of [a] higher order than the right to life,…that was the premise of slavery. You could not protest the existence or treatment of slaves on the plantation because that was private and therefore outside your right to be concerned. What happens to the mind of a person, and the moral fabric of a nation, that accepts the aborting of the life of a baby without a pang of conscience? What kind of a person and hat kind of a society will we have 20 years hence if life can be taken so casually? It is that question, the question of our attitude, our value system, and our mind-set with regard to the nature and worth of life itself that is the central question confronting mankind. Failure to answer that question affirmatively may leave us with a hell right here on earth.”

In a letter to Congress, Rev. Jackson wrote

“As a matter of conscience I must oppose the use of federal funds for a policy of killing infants . . . in the abortion debate, one of the crucial questions is when does life begin. Anything growing is living. Therefore human life begins when the sperm and egg join.”

In all these quotations, we see the consistent message of the church: abortion is the willful taking of life. It violates the command, “You shall not murder” (Exodus 20:13), and directly opposes God’s will. For more on the biblical argument against abortion, see Randy Alcorn’s article, “Abortion in the Bible and Church History.”

May we hear these words and continue to pray for the end of abortion and its murderous destruction of life.