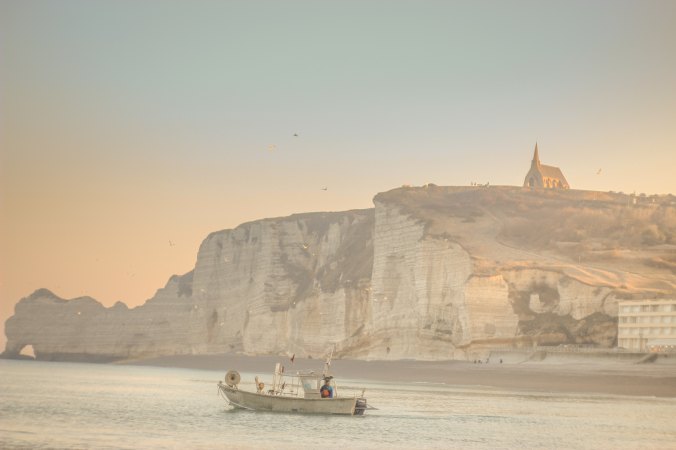 In his illuminating book Ancient Near Eastern Themes in Biblical Theology, Jeffrey J. Niehaus argues convincingly that a regular and repeating pattern of salvation occurs in the ancient Near East (ANE).  This pattern follow this basic order:

A god works through a man (a royal or prophetic figure, often styled a shepherd) to wage war against the god’s enemies and thereby advance his kingdom. The royal or prophetic protagonist is in a covenant with the god, as are the god’s people. The god establishes a temple among his people, either before or after the warfare, because he wants to dwell among them.  This can mean the founding (or choice) of a city, as well as a temple location. The ultimate purpose is to bring into the god’s kingdom those who are not part of it.[1]

Developing this basic schema, Niehaus demonstrates how the Old Testament and New Testament follow this eschatological temple-building motif.[2]  Or better, so-called gods used God’s own pattern to establish their false temples, which in time God would recover and employ to defeat all competitors who have sought to build their temples in opposition to his. Indeed, as many biblical scholars have observed (see below), this pattern temple-building and divine warfare fills the Scriptures and helps us to understand its message.

Therefore, in what follows, I will trace temple-building and divine warfare to make sense of Ephesians 2:11–22. This glorious passage is a key New Testament example of temple-building. In it, God is seen restoring all creation through his Son’s cross, which then creates a new people (the church), but that people as God’s Spirit-filled temple become a visible witness of his victory over his enemies.

Temple-Building in the Bible

For starters, this divine-warrior-leading-to-temple-building pattern can be witnessed in the life of Moses, when Yahweh calls the reluctant shepherd to defeat Pharaoh and liberate Israel, with the ultimate goal of tabernacle worship with God’s covenant people. Moreover, in the life of David, Yahweh summons a shepherd to crush the head of the enemy, to free the people of Israel, and to establish his covenant people in the land—a land where Yahweh has set his name. The culminating act of temple-building in 1 Kings is the high point of the Old Testament, and sets the stage for a greater Spirit-anointed, Divine Warrior who will save God’s people and construct the final dwelling place for God in the New Testament.

Importantly, this pattern of divine-warrior-leading-to-temple-building is not lost in the New Testament. Nor is it spiritualized (=made immaterial). Rather, with the ascension of Christ to God’s right hand, the Holy Spirit now completes the work that Christ died to accomplish. Namely, the Spirit hews from the quarries of the world living stones and unites them to Christ, God’s beloved cornerstone.

As to this pattern in the New Testament, Niehaus writes,

God wages war through his Son and prophet, the Good Shepherd, Jesus, against the powers of darkness. He liberates people from those powers and establishes them as his people by a new covenant.  He establishes a temple presence, not only among them but in them (the church and individually its members).[3] They look forward to a heavenly city (Gal. 4:26; Heb. 11:10; Rev. 21:2). Theologically, it is important to remember that these people were God’s enemies . . . until he waged warfare, set them free from their vassaldom to sin, and established his covenant with them, making them his own vassals . . . Christ is also Creator or Co-creator. He creates a “new heaven and a new earth,” with a temple presence that recalls Eden with its river and tree of life.”[4]

Reading the Bible along these lines, it is becomes apparent that the God of the Bible works in a regular and repeating way throughout redemptive history. The New Testament writers were conscious of these biblical-theological structures and wove them into the very fabric of their thinking, preaching,[5] and writing.[6]  For instance, before the New Testament lands on the New Jerusalem in Revelation, Ephesians 2:19–22 is one of, if not the highest, temple peak.[7]

The Divine-Warrior-Leading-to-Temple-Building Pattern in Ephesians

In comparison with the pattern identified by Niehaus, it becomes evident the same order of operations that occurred in the Old Testament is at work in Ephesians 2. Namely, when God takes initiative to save a people (2:8–9), he does by sending his Son to die for them through the same cross that he defeats his enemies (see 2:4–7, 14–15a; 6:10–20; cf. Col. 2:14–15), so that he can establish a new community with whom he can dwell forever (Ephesians 2:15b–16, 18–22). In these verses, we see that the same pattern that ran with Moses and David now runs through the middle of Ephesians and grounds Paul’s letter in a much larger story of redemption. In fact, from a unified reading of the letter, we discover that Ephesians 2 completes the thought of chapter 1 and connects with chapter 3.

In other words, Ephesians 2 explains how God unifies God’s people with their exalted Lord. In Ephesians 1:18–23 Paul speaks of Christ’s Psalm 110-exaltation above all creation. Then in Ephesians 2:1–10 he speaks of God saving sinners by raising them to life and seating them in heavenly places with Christ. In this way, Ephesians describes how God binds the church to Christ. Then in Ephesians 2:11–22, when he reminds the Gentiles of their previous separation from God, he highlights the peace-making work of Christ’s cross (2:14–18). This in turn leads to the new covenant temple described in verses 19–22.

Unlike the Old Testament temples made of wood and cloth (Bezalel’s’ tabernacle) or stone (Solomon’s temple), this Spirit-filled temple is made of flesh and blood. It begins with Christ’s resurrection and now by the Spirit, the Lord is building his temple as the church grows into the world. Accordingly, this temple prepares the way for Paul in Ephesians 3 to explain the mystery of Jew and Gentile unified in Christ.

In that chapter, Paul speaks of the church as the wisdom and glory of God. By God’s design, the church is put on display to show how the unified church displays the power of God to bring together Jew and Gentile. In other words, in the church we see the victory of God in Christ; what Satan sought to rend asunder with the law of God (cf. Colossians 2:14–15), God united through the death and resurrection of his Son. Through Christ’s death on Calvary, Christ has secured his people and defeated his enemies. And the church, to Satan’s horror, bears witness to Christ’s magnificent work. Indeed, the temple made of Satan’s former slaves is the global witness to God’s power, wisdom, and grace.

Getting Our Bearings from the Ancient Near East

Therefore, just as the ANE temples bore witness to the power of the nation and a nation’s gods, so Christ’s growing temple bears witness to greater grace and glory of God. Thus, to understand the message of Ephesians, which is written to a people living in the shadow of Artemis’s temple, we must understand the temple imagery that Paul uses in his letter.

To be sure, we can understand the message of salvation without the notion of divine warfare and temple building. But if we care about what Paul is saying, we must wade into his worldview, which means we must get our bearings from the Ancient Near East and not our own Western world. Truly, this is no easy task, but in understanding the word of God it is worth it.

And therefore, let me suggest a few resources that may help get a handle on the ANE background of the Bible and the divine warrior and temple-building themes.

These are some of the resources I will be consulting as I prepare to preach this Sunday on Ephesians 2:11–22. Check back in a few days and, Lord willing, there will be a sermon on this passage which considers the temple theme in Ephesians 2.

[2]For a compelling treatment of temple-imagery in the Bible, see G.K. Beale, The Temple and the Church’s Mission: A biblical theology of the dwelling place of God (Downers Grove, IL: InterVarsity Press, 2004).

[9]These are not set at odds, but rather complement one another.  The difference is a matter of literary emphasis and attention, not instrumental operation.  As Ephesians 1:3-14 demonstrates, God the Father, God the Son, and God the Holy Spirit are equally instrumental in salvation.  Paul’s distinction is that of role, not responsibility, and in Ephesians 2:11-22, the spotlight is on the Son, even while the radiating glow illumines the Father and the Son.

Photo by Ihor Malytskyi on Unsplash