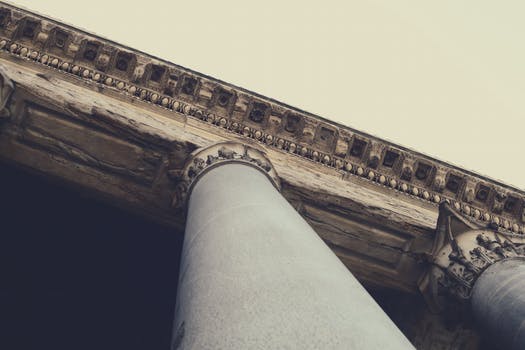 And he gave the apostles, the prophets, the evangelists, the shepherds and teachers, to equip the saints for the work of ministry, for building up the body of Christ,
— Ephesians 4:11–12 —

In Paul’s letter to the Ephesian church, he says that the exalted Lord has given gifts to the church (4:7–11). These gifts, he lists, are apostles, prophets, evangelists, and shepherd-teachers. (The last two words describing one office). From these four “word workers”—i.e., men who preach the word—the church is equipped to build itself up in love (4:12–16). Yet, what are these four offices and how do they work in the history of the church?

Answering that question, James Bannerman writes a chapter in the second volume of his The Church of Christ that masterfully shows the unique role of the apostles, prophets, and evangelists. Like last’s weeks look at Ebenezer Henderson’s ‘Divine Inspiration‘, with its look at spiritual gifts, here is another old book worthy of our reading.

What follows is an introduction to these three offices. Tomorrow, we’ll return to see what he says about each office and how they work to lay the foundation of the church. For those looking for a better understanding of why the miraculous, sign gifts do not continue today, I cannot commend Bannerman and Henderson’s works highly enough.

On the Origination of the Church

Bannerman first considers the genesis of the church. He begins,

In discussing the question of the kind of Church Government delineated and appointed in Scripture, it is a matter of some importance to fix the date when the Christian Church was formally organized or set up. It is plain that this is a question of considerable moment in the discussion; for, by a mistake as to the date of its formal establishment, we may be led to confound the extraordinary circumstances of its transition state with the ordinary circumstances of its normal and permanent condition. (214)

From this introductory question, Bannerman goes on to posits that the church in its institutional formation began after Christ’s resurrection. To be sure, the people of God, who he calls a church, were extant before the time of Christ, but the church in its formal membership did not come into existence until Christ was raised and the Holy Spirit was sent. Bannerman explains why this is and show us how the church was founded in the days of apostles and prophets (cf. Ephesians 2:20).

During his earthly life Jesus did establish the institutional parameters of the church. Rather, he called out men (apostles) whom he would endow with his Spirit and send out to be his gospel-preaching, church-founding leaders. These men would be the so-called ‘pillars’ (Galatians 2:9) of the universal church. On this point, Bannerman writes,

Our Lords sojourn on earth was a period of time devoted to the work of preparing for a new dispensation and church, rather than exhibiting the commencement of it. . . . Those who believed on his name during his own lifetime were neither commanded nor encouraged to depart from the established institutions of the ancient Church [i.e. Israel], or to incorporate themselves into a new fellowship distinct from the former.(214–15)

Accordingly, we do not find the genesis of the church yet, during Christ’s earthly ministry.

Something changed at Christ’s resurrection:

From the date of the resurrection of our Lord the Old Testament economy ceased to be binding, and the Old Testament Church was formally at an end. From the same date the foundation of the New Testament church was laid; and the people of God came under an obligation to join themselves to it as members. (215)

With Christ’s exaltation to the Father’s right hand, redemptive history was ready for the arrival of the Spirit. And on the day of Pentecost, the Spirit was sent by the Son. In that moment, the church was born, as Peter and the apostles baptized 3,000 believers, thus founding the Spirit-filled church of God.

3. During the Transition Period (from Old Covenant Israel to the New Covenant Church)

The Day of Pentecost did not immediately change all the patterns and practices of Christ’s followers. Worship continued in the temple, as did prayer and praise of Israel’s God. Thus, Acts records a transition period in the early church, as the foundation of the church was cemented.

Bannerman notes how the New Testament records a season of transition which was neither continued the Old Testament economy, nor perfectly matches the coming age of the church. He writes,

“During the transition period of the Church,” the church “was putting off its Jewish features and putting on the Christian, but after that transition had been fairly accomplished, and the Christian society had settled down into its permanent and normal condition. That fixed condition was not attained, indeed, until some time after the resurrection of our Lord.” (215)

Modern readers of Scripture often miss the nature of the transition, and thus struggle to discern what Acts is: Is it a book of description, or prescription, or something else? The answer, I believe, comes in recognizing the transitory nature of the church, as the apostles of Christ preach and write and form the foundation of a new covenant community.

4. The Apostle and Prophet’s Role In the Transition

The apostles and prophets were commissioned by Christ to establish the church during this transition period. And they were anointed with especial power to be able to

It was the special work which he gave his apostles to accomplish, to complete in its full and perfect order the Christian society of which he had himself, after his resurrection, only laid the foundations. And he gave them extraordinary powers and gifts for that object, commensurate with the extraordinary work to be performed by them. Around the Apostles, as the special instruments for developing and completing both the system of Christian faith and the structure and organization of the Christian Church, their master made to gather all those gifts and endowments demanded by such an emergency, and sufficient for such a task. They formed no part of the ordinary equipment of the Church of Christ, or the ordinary staff of office-bearers by which its affairs were to be administered. Their use and function ceased when the church of Christ, through their instrumentality, had been firmly settled and fully organized, and when it had attained to the condition of the ordinary and permanent development. (215–216)

5. The Beginning of the Church Defines the Nature of the Apostles and Prophets

The extraordinary mission of apostles and evangelists, necessary and adapted to the emergency of a Church to be established, has been often appealed to as the rule or model for the proper and permanent condition of the Christian society. The temporary and exceptional circumstances of a church passing through the crisis of its birth and infancy have been mistaken for the pattern binding of the church and its natural and perfect state. In the language of the old divines, the Ecclesia constituenda has been made to give law to the Ecclesia constituta.  It will to a great extent clear the way for future discussions, if we seek at the outset to separate between the extraordinary and ordinary office-bearers in the Christian society,—between those adapted to the emergency of its infant condition, and destined to pass away, and those adapted to its permanent and fixed condition, and entitled to a standing place in the external arrangement of Christ for his people. (217)

Indeed, this observation of the church and the distinction between offices temporary and foundational with offices regular and ongoing is vital for rightly understanding the differences between apostles and pastors, between New Testament prophets and those gifted to speak prophetically today. At the same time, rightly discerning the different phases in church history also enables us to see why gifts like prophesy, tongues, and faith-healing different and do not continue today.

The rest of Bannerman’s chapter outlines the distinctions between apostle, prophet, and evangelist in the early church. We’ll return to those tomorrow, but for now, it is worth noting a distinction in the mind of God, as revealed in redemptive history between the founding of the church and its ongoing ministry today.

May this observation inform our reading of Acts, the letters of Paul, and especially those places like 1 Corinthians 12–14, which we must consider as we set up our churches today.

One thought on “Why the ‘Founding of the Church’ Is Different from the ‘Founded Church’: James Bannerman on the Uniqueness of the Early Church”