8 I desire then that in every place the men should pray, lifting holy hands without anger or quarreling; 9 likewise also that women should adorn themselves in respectable apparel, with modesty and self-control, not with braided hair and gold or pearls or costly attire, 10 but with what is proper for women who profess godliness—with good works. 11 Let a woman learn quietly with all submissiveness. 12 I do not permit a woman to teach or to exercise authority over a man; rather, she is to remain quiet. 13 For Adam was formed first, then Eve; 14 and Adam was not deceived, but the woman was deceived and became a transgressor. 15 Yet she will be saved through childbearing—if they continue in faith and love and holiness, with self-control.

[This is the first of two posts on 1 Timothy 2:8–15. These posts are meant to complement the two sermons I am preaching on this passage at our church.]

A lot has been said, could be said, and needs to be said about 1 Timothy 2:8–15, but many of things said have either been misleading or just plain wrong. This is true for feminists who deny the apostolic witness of Paul, evangelical feminists (egalitarians) who affirm his apostleship but restrict his words to Ephesus, and traditional Christians who have demeaned women by so vociferously proving the point that women cannot teach men in the church, they have effectively denied the vital place of women—and women teaching, see Titus 2:3–5—in the church.

In scholarship, the most thorough explanation of this passage has been the book Women in the Church: An Interpretation and Application of 1 Timothy 2:9–15, edited by Thomas Schreiner and Andreas Köstenberger. If you are studying this passage, this is a must-read. I have found much help in it and highly recommend it.

What follows cannot replace a thorough multi-discipline study of the passage. What I do want to do is outline a number of ways we must not read this passage. Without claiming to have a full grasp of everything in 1 Timothy 2:8–15, therefore, here are six things the passage does not mean or imply. Tomorrow, I’ll add another six. END_OF_DOCUMENT_TOKEN_TO_BE_REPLACED

For the last two days I have been in Iceland teaching a biblical theology of the Old Testament. Drawing on The Drama of Scripture by Craig Bartholomew and Michael Goheen, I have sought to explain how the Old Testament is organized around the twin concepts of Kingdom and Covenant.

The following videos are put up by Loftstofan Baptistakirkja (Upper Room Baptist Church) and their pastor Gunnar Ingi Gunnarsson. They review the teaching I did last year in Iceland and dive into the Kingdom of David and the New Covenant. Tonight, we will finish with a look at the Psalms.

Please take time to pray for this church, for their pastor, and the spread of the gospel in Iceland. And if you are interested, you can watch some of the teaching videos here (please excuse the opening few minutes of each where I bumble around until I start teaching). Or better, go watch Christian By Default (see above). It will tell you more about the spiritual climate of Iceland. 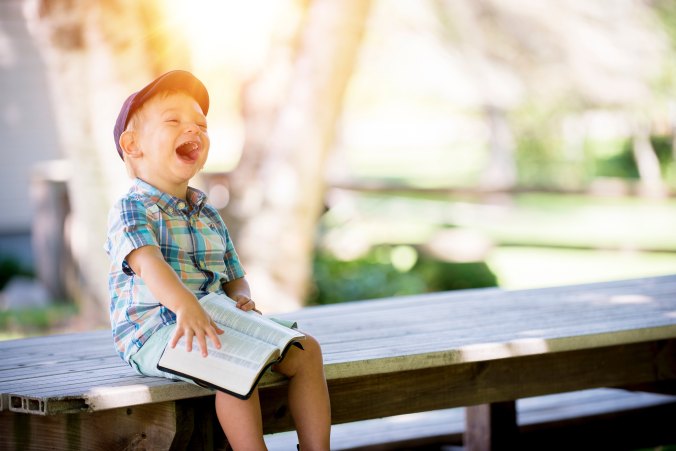 In Luke 4, these three words are used to describe the effect Jesus’ teaching had on people. First, in response to Jesus’ reading of Isaiah 61, coupled with his announcement that “this Scripture has been fulfilled in your hearing” (v. 21), Luke record, “all spoke well of him and marveled at the gracious words that were coming from his mouth” (v. 22). Second, verse 32 says of Jesus teaching on the Sabbath (v. 31), “and they were astonished at his teaching, for his word possessed authority.” And third, verse 36 reports “they were all amazed” because with his words “he commands the unclean spirits, and they come out.”

In these reports, Luke uses three words to express the effect Jesus had on people. And more specifically, the effect Jesus’ words had on people. First, Jesus words amazed (θαυμάζω) people. That is, people were “extraordinarily impressed or disturbed” (BDAG) by his speech. This word is often used to speak of supernatural miracles (Luke 8:25), healings (Luke 11:4), and eventually the resurrection (Luke 24:41). But in this case, they were amazed at the graciousness of his words. END_OF_DOCUMENT_TOKEN_TO_BE_REPLACED 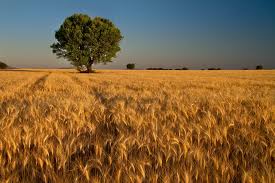 There is a dangerous tendency in the life of any Christian, and especially among those who labor to teach the Word, to read the Bible for the sake of someone else. I experienced this recently as I was teaching on the glories of the cross of Christ. Admittedly, my spirit was not exulting in the doctrines I was teaching as much as I was encouraging others to exult in them. Like a dutiful usher, I was leading others to find room at the table, but I was too busy to sit down myself.

It is a scary thing when we lead others to see the glories of God, all the while failing to enjoy them ourselves. END_OF_DOCUMENT_TOKEN_TO_BE_REPLACED

Just before Christmas of 1858, Lottie Moon was converted.  And I say converted because it is evident that God acted upon her.  Like Romans 3 says, she was not seeking after God.  As she was pursuing vain things; God’s grace broke into her heart.  By God’s grace and the power of the Holy Spirit, she was born again.

Still, while God converted Lottie, the sovereign Lord used means, and she was converted under the ministry of John Broadus. This is the same Broadus who would go on to become one of the four founders of Southern Seminary. Broadus was the pastor of Moon’s church and a principal at the school she attended.  In the fall of 1858, Broadus called for a series of evangelistic meetings and prayer services.  He called his congregation to come together to pray for the lost.  And certainly with family and friends in the church, they were praying for the proud skeptic, Lottie Moon.

During that week, there was a night in which Lottie Moon could not sleep.  A barking dog kept her awake, and her mind raced with thoughts of her eternal destiny and the state of her soul before God.  This sleepless night prompted her to go to the meeting the next evening.  While intending to scoff, she left that service to pray in her room all night.

She was baptized a few days later after professing faith in the God she had spent her life opposing.  And her profession was more than just a verbal testimony.  A family friend remarked about the immediate change in Lottie:  “She was different… in those details of the daily life which at last afforded the most delicate test of Christian character.” (W.E. Hatcher quoted by Nettles, 365).

Upon her conversion, she returned to school, to not only finish her degree.  While she had taken many courses in religion before, she now pursued them with a renewed vigor.  So passionate was she to study, she took every single course that the school offered!  And when she graduated in 1860, John Broadus remarked that Lottie Moon was the most educated woman in the South.

Now if you are following along, you know that her graduation came one year before the Civil War.  During that time she participated in the life of the Confederate army, assisting where she could.  After all, she was a Virginia Belle.  But during the Civil War, she also served as a tutor for a family in Georgia.  This would lead her into a lifetime of teaching service.

In 1866 she moved to Kentucky to teach in the female academy operated by the First Baptist Church of Danville, Kentucky.  Four years later, she would move again to Cartersville, Georgia where she taught for less than a year.  Hearing the news that her mother’s health was failing, she returned home to care for her mother.

During the remaining days of her mother’s life, the two women spoke often about the call of God to use one’s short life in the service of the gospel (Nettles 367).  This burning question—How to best invest one’s life for Christ?—would have tremendous effect on Lottie, for in every future season of her life, she was always asking how she could best use her short life for advancement of the gospel.

And it seems that while her mother lay dying, God birthed in Lottie a desire to reach the nations for Christ.   In these maternal conversations her eyes were lifted from the women of the South, to the nations abroad.  Moved to action, Lottie began supporting two missionaries as she continued to teach in Georgia.  For the next two years she would support these gospel ministers while inquiring herself into service in China.

During this period, she was greatly influenced by her sister, Edmonia, because it was not Lottie’s initial idea to travel overseas. She had received great commendation for her work as a pioneering educator in the years after the Civil War, and she was content to stay.  In fact, most around her strongly discouraged Lottie from wasting her life upon the foreign mission field.  Thus, it took the strong pleading of her sister who had previously sailed to China and the prayers of the Chinese missionaries to dislodge her from her successful field of labors.  Yet, through it all, it was the Lord who was calling, and Lottie as a genuine disciple, simply followed his command.

The result of following Christ, for Lottie, meant that for the next 40 years, she would walk with the people of China, and in the end, she would literally sacrifice her life for the sake of their eternal souls.

If you are interested in learning more about Lottie, see yesterday’s post on her upbringing and education.  And check back tomorrow for her missionary career.