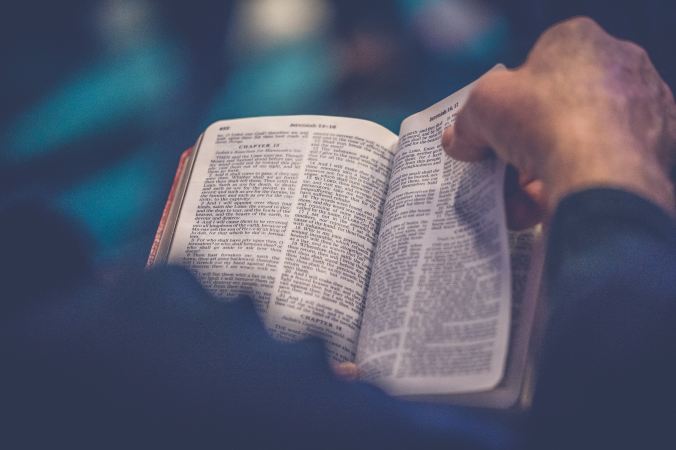 9  How can a young man keep his way pure?
By guarding it according to your word.
10  With my whole heart I seek you;
let me not wander from your commandments!
11  I have stored up your word in my heart,
that I might not sin against you.
12  Blessed are you, O Lord;
teach me your statutes!
— Psalm 119:9–12 —

With 2019 ending and 2020 approaching, many are thinking about how they might read the Bible in the new year. And rightly so—the Word of God is not a trifle; it is our very life (Deut. 32:47). Man does not live on bread alone, but on the very word that proceeds from the mouth of God (Deut. 8:3; Matt. 4:4). So we should aim to read the Bible and to read it often!

Truly, the Bible is not a book to read once, or even once a year. It is meant to be imbibed and inhabited, adored and adorned, studied and savored. Mastery of the Bible does not mean comprehensive understanding of Scripture; it means ever-increasing submission to the Master who speaks in Scripture. This is why in the closing days of the year, it’s good to consider how we can saturate ourselves with Scripture in the next year.

Personally though, I wonder if our daily reading plans help us with this idea of Scripture saturation. Often, such plans call for reading single chapters from various parts of the Bible. And the daily routine can invite checking the box without understanding the book. So my question has been: does such reading help us or hinder us in our Bible reading? END_OF_DOCUMENT_TOKEN_TO_BE_REPLACED 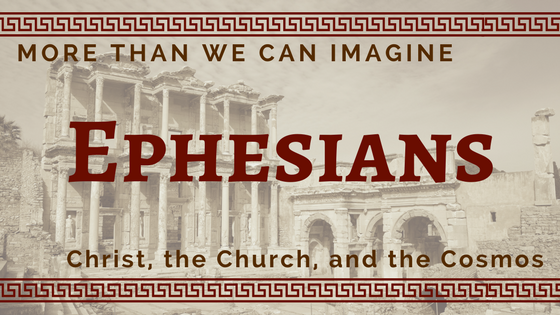 Walk Worthy (pt. 3): Walk in the Light of Christ

Walking seems like such a simple thing until we break a toe or all the lights go out. Thankfully, the command to walk worthy of our calling is not something we must figure out on our own or something we must do in our own strength. Rather, in Christ the Christian has been given all they need to walk in love and light.

Just as important, we have been given a community with whom we can walk. In Sunday’s sermon, it was this community—a community of light—we considered most closely. For those who are laboring to walk with Christ, Paul’s words in Ephesians 5 are vital for knowing what light is and how to walk in light.

For help on this subject, you can listen to this sermon online or read the sermon notes. Discussion questions and further resources are listed below. END_OF_DOCUMENT_TOKEN_TO_BE_REPLACED 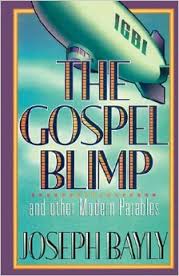 During the 1950s Joseph Bayly, a Christian publisher and author, began writing modern-day parables. One of his parables was called The Gospel Blimp, which became a low-budget movie in 1967.

The story is a satirical look at evangelism; or more specifically, The Gospel Blimp portrays how Christians invent ridiculous ways of sharing Jesus, while ignoring the simple path of personal, consistent, hospitable witnessing. Here’s a summary (from IDMB).

George and Ethel are concerned about the salvation of their neighbors, but don’t know how to reach them with the gospel. During an evening get-together with George and Ethel’s Christian friends, everyone is captivated by the sight of a blimp flying overhead. Then Herm gets a bright idea: why not use a blimp to proclaim the Christian message to the unchurched citizens of Middletown?

The group incorporates, buys a used blimp, hires a pilot, then commences to evangelize their hometown by towing Bible-verse banners, ‘firebombing’ folks with gospel tracts, broadcasting Christian music and programs over loudspeakers. But a series of misadventures puts the blimp ministry in jeopardy. George becomes increasingly uneasy about the methods and business practices of International Gospel Blimps Incorporated and its “Commander”, Herm.

Running parallel to these good news messengers gone bad, are George and Ethel’s neighbors, fellow church members who are looked down upon for carousing with the unbelieving neighbors. In the end, however, it is these Christian carousers who win the neighbors to Christ.

The morale of The Gospel Blimp is simple: personal witnessing is more effective than elaborate schemes of gospel marketing.

Bayly’s parable came a couple decades before American Churches ‘de-churched’ themselves to accommodate the preferences of unbelieving seekers—what is known today as the “Seeker-Sensitive Movement.” But it also reflects the truth seen in Titus 2 that the best way for Christians to “adorn” the gospel is through humble, hospitable lives that regularly interact with unbelievers and introduce them to the message of grace and truth.

This same truth was reiterated last week, as I listened to Rosaria Butterfield’s testimony at the ERLC National Conference. (If you haven’t listened to her interview with Russell Moore, you must). Rosaria is a former professor of English and lesbian, who came to faith when a local pastor (Ken Smith) and his wife befriended her, invited her into their home, regularly visited her home, and held a long-standing conversation about the claims of the Bible.

She tells her story in The Secret Thoughts of an Unlikely Convert, and she begins with these jarring words:

When I was 28 years old, I boldly declared myself lesbian. I was at the finish of a PhD in English Literature and Cultural Studies. I was a teaching associate in one of the first and strongest Woman’s Studies Departments in the nation. I was being recruited by universities to take on faculty and administrative roles in advancing radical leftist ideologies. I genuinely believed that I was helping to make the world a better place.

At the age of 36, I was one of the few tenured women at a large research university, a rising administrator, and a community activist. I had become one of the ‘tenured radicals.’ By all standards, I had made it. That same year, Christ claimed me for himself and the life that I had known and loved came to a humiliating end.

In so many ways, Rosaria’s testimony displays the power of the gospel, but it also displays how the gospel was brought to her by an old-fashioned pastor who thought the best way to reach the unreachable was by regular, fireside conversations in his home after a well-cooked meal by his wife.

Evangelism with a Personal Touch

This kind of evangelism flies in the face of modern market-driven evangelism: it doesn’t promise numeric results; it takes time, invites hard questions, and requires Christians to rub shoulders with the ones who are “ruining our country.” Sadly, Rosaria relates how many Christians condemned Ken Smith for spending time with her.

Paul assumes that Christians will live, move, and have their being around unconverted people. And in this context, their godliness will protect the Word of God (v. 5), silence opponents (v. 8), and display the beauty of Christ our Savior (v. 10). This is the normal way of Christian living. And when it happens, God reaches the unreachable through the twin efforts of gospel witnessing and patient, humble, attentive, loving Christian hospitality, friendship, and love.