Here’s the latest Via Emmaus Podcast, one where I get in the driver’s seat and ask my friend and biblical scholar Sam Emadi questions about Genesis, Joseph, and Jesus.

In this first ‘extra inning’ episode, I interview Dr. Samuel Emadi, Senior Editor of the 9Marks Journal. Sam finished his dissertation on the Joseph story in 2016. He is currently under contract to write a book on Joseph in the New Studies in Biblical Theology series. And in this episode, we will learn more about Genesis, Joseph, typology, and how to read the Bible better.

For more on this subject, see

Two new episodes of the Via Emmaus Podcast are now available.

In this episode we Peter’s confession and confusion, Jesus cleansing the temple, the Olivet Discourse, and more. For more resources on these chapters, see

In this episode we discuss the birth of Ishmael, the Angel of the Lord, Sodom and Gomorrah, and the promise to Abraham informs the rest of Genesis. For more resources on these chapters, see

Genesis 24 is the longest chapter in Genesis. And rather than recounting some revelation about God or some aspect of his covenant with Abraham, it spins a tail of how Isaac got a wife. Indeed, the longest narrative event in Genesis is a love story, one that seems Dickens-like in its profusion of extraneous information.

Certainly, as the promises of God are given to Abraham and his offspring, the marriage of his son is no small matter. Yet, it seems as though the account of the servant traveling back to Mesopotamia to find a wife for Isaac is prolix detour from the rest of Genesis. At least, it is not as crisp as the equally-important, but shorter accounts of the Tower of Babel (Genesis 11:1–9) and the meeting with Melchizedek (Genesis 14:18–24).

So why the long drama of finding Isaac a wife? My answer is that this story reflects God’s story for the world, and the long-time-in-coming union between God’s beloved son with his bride. Let’s consider. END_OF_DOCUMENT_TOKEN_TO_BE_REPLACED

We are still working out the bugs on our new podcast, but here are two new podcasts that discuss passages of Scripture in Genesis and Matthew. This podcast was begun  to help our church and anyone else read the Bible better.

If you have any questions for this podcast, feel free to ask here.

In this episode we discuss the curse of Ham, the tower of Babel, Abraham’s tithe to Abraham, and more from the book of Genesis. For more on Genesis, see

In this episode we discuss Jesus’s acts of healing, the meaning of an apostle, point of parables, and more from the book of Matthew. For more on Matthew, see

END_OF_DOCUMENT_TOKEN_TO_BE_REPLACED

Now the promises were made to Abraham and to his offspring.
It does not say, “And to offsprings,” referring to many, but referring to one,
“And to your offspring,” who is Christ.
— Galatians 3:16 —

In the Bible one of the most important realities to grasp is how the Bible presents itself. In other words, because Scripture is the inspired interpretation of God’s actions in the world—even as God’s Word is itself a divine action—it is vital to see how God’s earlier revelation prepares the way for his later purposes.

Sometimes this is called an “eschatological” reading of Scripture. That may sound complicated, but it’s not. Eschatology means “the study of last things” (eschatos = last), and most of the time people immediately jump to what they perceive are the “last things” in the Bible. However, if we consider that God stands outside of time and created all things for the purpose putting them under his Son’s feet (see Ephesians 1:10), then we must read the Bible as one unified-but-unfolding plan of redemption.

In this way, eschatology doesn’t begin in Revelation, or Daniel, or Zechariah, it begins in Genesis. And from Genesis to Revelation, God is working all things for the purposes of his people—the offspring of Abraham.

But who is/are Abraham’s offspring? END_OF_DOCUMENT_TOKEN_TO_BE_REPLACED 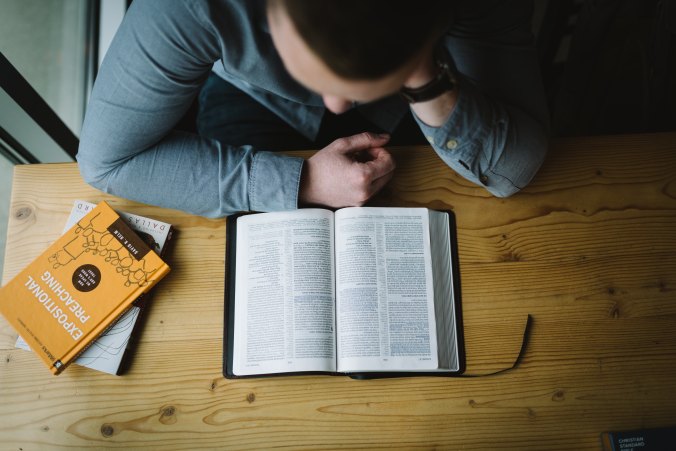 One of the great questions about the opening chapters of Genesis is the relationship of the two creation accounts. Are Genesis 1 and Genesis 2 two different accounts? From two different sources? Or is there a rhyme and reason for the repetition and ostensible differences between the six days of creation in Genesis 1 and the formation of Adam and Eve in Genesis 2?

Since Julius Wellhausen—a pioneering German scholar in the 19th C who advocated a source theory to the Pentateuch and who fabricated a competition between priests and Levites behind the Bible—there has grown a small cottage industry arguing that the books of Moses and the opening chapters of Genesis have multiple authors. While various “documentary hypotheses” have been put forward, four sources have often been posited. Labeled by the letters E, J, P, D, these four sources are various traditions in Israel—respectively, Elohim, Jehovah, Priestly, and Deuteronomist.

I first encountered this higher-critical approach to the Bible in my liberal arts college—stress on the word liberal. Though I had no way of knowing how to counteract this teaching at the time, I have since seen how reductionistic and unfaithful this approach is to the Bible. In particular, it short-circuits any theological intentions of the original author. In other words, whenever a tension or apparent contradiction is observed, the solution is to attribute contrasts to various sources behind the Bible. Consequently, it denies the need to wrestle with the text and understand the author’s original text.

In this way, it actually diminishes scholarship and the theological glory of the biblical text. That is, it reduces the weight of the full revelation of God. And thus, I happily and unswervingly repudiate the source theory of the Bible. Likewise, I give praise to God for Old Testament scholars who stand against the critical consensus and write for the upbuilding of the church. END_OF_DOCUMENT_TOKEN_TO_BE_REPLACED 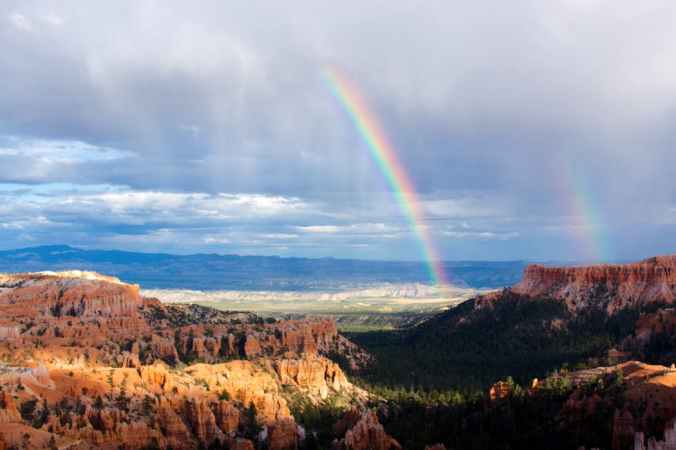 God’s covenant with Noah is often described as the covenant of common grace, and rightly so. In the wake of God’s judgment on the earth, the heart of humanity remains unchanged (cp. Gen. 6:5 and 8:21), yet for God to bring redemption to the world, some measure of preservation must be granted. Therefore, with strong covenantal language—berith occurs 7 times (vv. 9, 11, 12, 13, 15, 16, 17) in Genesis 9—God promises to uphold creation: “While the earth remains, seedtime and harvest, cold and heat, summer and winter, day and night, shall not cease” (8:22).

These promises to Noah envelope all creation and articulate God’s common grace—his universal beneficence towards a world filled with sin. In other words, common grace is common because it encompasses all humanity universally, not because it is mundane. Common grace is distinct from saving grace in that the former does not atone for sins or grant eternal life. Rather, it grants “grace” to the righteous and the unrighteous (cf. Matthew 5:45) and provides a historical context for saving grace to operate.

That being said, common grace is not equally apportioned. It is not like the periodic table, where every element possesses the same atomic weight. Rather, common grace is specific in that it often depends upon the saving grace given to God’s chosen people. In other words, just as common grace is promised through the Noahic covenant, so common grace continues to be mediated through other covenantal mediators. In Scripture, the first instance of this is Abraham.
END_OF_DOCUMENT_TOKEN_TO_BE_REPLACED

In his short study on biblical covenants, Covenant and God’s Purpose for the World, Tom Schreiner provides a helpful comparison between Adam and Noah. As our men’s Bible study looks at this section of Scripture today, I share Schreiner’s eight evidences for seeing textual connections between Adam and Noah. Clearly, Moses wrote Genesis 1–11 to show how Noah is a Second Adam.

First, God’s work of ordering and shaping the creation occurred when the earth was covered with water and chaos (Gen. 1: 2). So too, after the flood the earth was inundated with water, and a new beginning took place when the water receded.

Omniscience is a word that describes the reality that God knows everything—everything past, present, and future; everything in heaven or on earth; everything real and everything potential. Everything. But more than just having an encyclopedic knowledge of his creation—which God does—Scripture shows how God’s universal knowledge brings particular blessing and judgment to the world, to those people whom he knows particularly as his own.

One place where God’s knowledge is seen is an instance in Genesis 18, where the Lord reveals his future plans to Abraham. The key verses are Genesis 18:16–21:

Then the men set out from there, and they looked down toward Sodom. And Abraham went with them to set them on their way. 17 The Lord said, “Shall I hide from Abraham what I am about to do, 18 seeing that Abraham shall surely become a great and mighty nation, and all the nations of the earth shall be blessed in him? 19 For I have chosen him, that he may command his children and his household after him to keep the way of the Lord by doing righteousness and justice, so that the Lord may bring to Abraham what he has promised him.” 20 Then the Lord said, “Because the outcry against Sodom and Gomorrah is great and their sin is very grave, 21 I will go down to see whether they have done altogether according to the outcry that has come to me. And if not, I will know.”

From these six verses, we learn four truths about God’s perfect knowledge and how the Lord who knows everything relates to his creation. END_OF_DOCUMENT_TOKEN_TO_BE_REPLACED

Few places in Scripture are more important, more debated, or more theologically-rich than Genesis 1–11. As to their importance, they introduce the Bible to God and his purposes in the world; as to debate, they were polemical from the start, as Moses wrote these chapters to combat other creation stories in the ancient Near East; and as to theology, these eleven chapters introduce nearly every doctrine found in the rest of Scripture.

It is to this last point, the theological message of Genesis 1–11, that I want to address. Affirming the historicity of God’s direct creation of mankind on the sixth day, it seems the best way to read these chapters is as a poetical—dare I say, fantastical—introduction of Israel to the God of Creation, who happens to be their covenant Lord.

Thus, as Craig Bartholomew and Michael Goheen rightly assess, citing the earlier observation of Gerhard von Rad (Genesis: A Commentary, 46): “The creation story is so rich in meaning that ‘it cannot be easily over-interpreted theologically'” (The Drama of Scripture, 28). Indeed, from the creation of the world to its subsequent recreation after the Flood, the first eleven chapters of Genesis are seminal ground for all that will grow up in the rest of Scripture. For the careful biblical theologian, these chapters are worth a life-long study, and what follows are simply seed-thoughts that can and should be traced back to the beginning.  END_OF_DOCUMENT_TOKEN_TO_BE_REPLACED