Have you ever used a word in a sentence, only to discover that the meaning of that word is not exactly what you thought it was? I have. And I’ve had to go back and rewrite the sentence, or admit on the spot, that I misspoke.

I would propose that the term “social justice” is such a word. It is used a lot today, by lots of different types of people. I am sure I’ve used it. Yet, as we seek to define to what it is, we quickly learn that like Clark Griswold’s Christmas turkey, social justice looks great on the outside, but doesn’t contain much meat when we cut into the bird.

Here are five quotations about the haziness, dare I say the meaninglessness, of the term “social justice.” I have tried to capture each quotation in a sentence. And at the end, I’ve included something of a takeaway on the subject—namely, that social justice is not as helpful or value neutral as its contentless definition may first appear.

I am sure you have had some run in with social justice, and I’d love to hear your thoughts and questions. Feel free to add a quote, a question, or comment in the comments section. END_OF_DOCUMENT_TOKEN_TO_BE_REPLACED

His Mercy is More: God’s Surprising Kindness to Liars and Self Reliars

Lies and liars. Our world is filled with them, and we often struggle to know what to do with them. This is true when are deceived, but it is also true when we are the deceiver.

On Sunday we saw another deception story in Joshua. And to play on words—Joshua 9 teaches us again that (first) looks can be deceiving. For instead of seeing how the lies of Gibeon are met with swift punishment, we find that God’s mercy overshadows their wrongdoing. At the same time, we also learn how Israel’s self-reliance is covered by the wise mercy of Joshua. Thus, in this chapter we find great hope for liars and self-reliars, which is to say we find hope for all of us!

To see how Joshua 9 leads us to appreciate more of God’s mercy and to become more merciful, you can listen to the sermon online. You can also find response questions and further resources below. 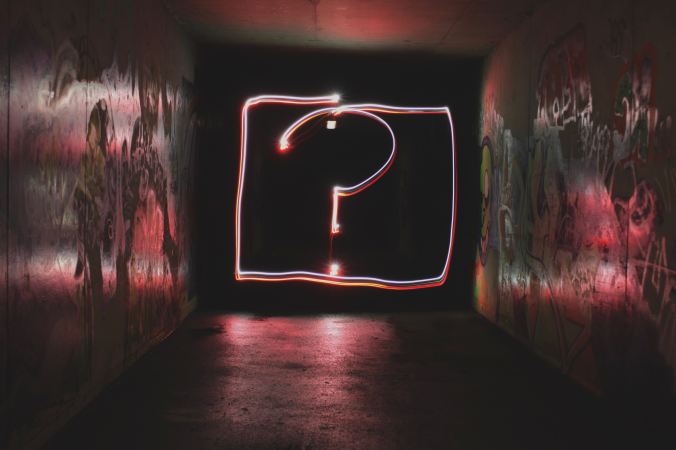 Here’s my preliminary answer to the question, Did Rahab lie?

It comes from a larger consideration of Joshua, “Ten Things About Joshua 2.” Admittedly this answer does not deal with all the passages that relate to bearing false witness or speaking truth in love. Rather, it seeks to understand how we might read Joshua 2 at the textual horizon.

My twofold answer to the question is that, first, the text leads us to focus on the truth she confessed, rather than the falsehood she (may or may not have) told. Second, the answer is not wholly apparent. The text conceals her motives, even as it reveals her faith. In this way, I do not believe Joshua 2 is written to answer this question.

That said, it is an important question and one that we should consider. With those caveats in place, let’s consider Rahab’s faithful actions and whether or not we should see them as a “lie.”

Everyone asks why Rahab lied about the spies, but why doesn't anyone ask why the spies lodged in a prostitute's brothel? Maybe both actions are not as they appear. #Joshua2 #readingincontext

END_OF_DOCUMENT_TOKEN_TO_BE_REPLACED

What is theology? And what is it good for? These are questions Christians ask and theologians attempt to answer. In his various works on theology, Kevin Vanhoozer has attempted to explain doctrine in terms of drama (e.g., The Drama of Doctrine). More recently, he has argued for the place of doctrine and drama in the making of disciples (e.g., Hearers and Doers: A Pastor’s Guide to Making Disciples Through Scripture and Doctrine). In Pilgrim Theology, Michael Horton makes the same point—doctrine summarizes the drama, directs doxology, and instructs disciples.

In short, some of the best theologians today know that theology is for living, doctrine is for discipleship, and everything is for worship. Still, theology (truth about God) is not to be confused with discipleship (walking in truth). To say it differently, there is a place for theology and ethics. And recently, I was reminded (or instructed more fully) how these two disciplines are related to one another, but also different.

In the editorial introduction to the first volume of Herman Bavinck’s recently published Reformed Ethics, we find how this great theologian for the Netherlands distinguished theology and ethics. First, in Reformed Dogmatics, he states,

Dogmatics describes the deeds of God done for, to, and in human beings; ethics describes what renewed human beings now do on the basis of and in the strength of those divine deeds. In dogmatics human beings are passive; they receive and believe; in ethics they are themselves active agents. In dogmatics, the articles of faith are treated; in ethics, the precepts of the decalogue. In the former, that which concerns faith is dealt with; in the latter, that which concerns love, obedience, and good works. Dogmatics sets forth what God is and does for human beings and causes them to know God as their Creator, Redeemer, and Sanctifier; ethics sets forth what human beings are and do for God now; how, with everything they are and have, with intellect and will and all their strength, they devote themselves to God out of gratitude and love. Dogmatics is the system of the knowledge of God; ethics is that of the service of God. (xxv–xxvi, Reformed Dogmatics 1:58) END_OF_DOCUMENT_TOKEN_TO_BE_REPLACED

In his chapter ethics in Progressive Covenantalism, Stephen Wellum lists four commitments necessary for doing biblical ethics. These principles for doing ethics take into account the progressive revelation of Scripture, the progression of biblical covenants, and the unity and diversity of ethical commands in the Bible. In short, they are commitments we should make whenever we seek to be ‘biblical’ in our ethical formulations.

This approach to ethics fits with a larger vision of how to put the Bible together and provides a helpful, “thick” reading of Scripture with regards to Christians ethics. Below are the four commitments drawn from his chapter. I commend them to you and further consideration on how every topic of ethics requires a whole-Bible approach to the subject.

(For two examples of how this approach might be worked out, you can see how I sought to handle racial reconciliation and transgenderism in two recent sermons). END_OF_DOCUMENT_TOKEN_TO_BE_REPLACED

First Corinthians 7:10–16 brings us to one of the most heart-wrenching passages in Scripture. As it deals with marriage, divorce, and remarriage, it gives counsel to Christian marriages (vv. 10–11) and “mixed marriage” (vv. 12–16) that are looking into the teeth of divorce. In the context of a horribly sad week (#AltonSterling, #PhilandoCastille, and #DallasPoliceShooting), I bookended this sermon with the gospel truth that God comforts those who are broken by sin. My prayer is that as God’s truth is declared, it brings clarity and comfort.

You can listen to the audio from Sunday’s message or peruse the sermon notes here. For those who want to go deeper, there are discussion questions below and resources explaining the Majority and Minority position on divorce and remarriage. END_OF_DOCUMENT_TOKEN_TO_BE_REPLACED

In Sunday’s sermon (“What about divorce?“) I listed seven ways that Scripture speaks about divorce. They are outlined below, plus one more, making eight. From these eight truths, we can get a full, but not yet exhaustive, picture of divorce. Let me know what you think and what you might add.

Before the Fall, God establishes his pattern for all humanity in Genesis 2:24: “Therefore a man shall leave his father and his mother and hold fast to his wife, and they shall become one flesh.”

This pre-fall ideal is reiterated when Jesus is asked about marriage and divorce. In Matthew 19, he goes back to the Garden to establish God’s ideal for marriage. In verses 4–6, he answers, “Have you not read that he who created them from the beginning made them male and female, and said, ‘Therefore a man shall leave his father and his mother and hold fast to his wife, and the two shall become one flesh’? So they are no longer two but one flesh. What therefore God has joined together, let not man separate.” From these two verses, it is plain that God desires for a man to hold fast to his wife and not divorce her (cf. Mal 2:14–15). END_OF_DOCUMENT_TOKEN_TO_BE_REPLACED

By now, you’ve probably heard the news about the ‘botched’ execution of an Oklahoma inmate. On Tuesday of this week, two days after I referenced Genesis 9:6 as a proof-text for capital punishment, Clayton Lockett, a man convicted of rape and murder died 43 minutes after his lethal injection failed to produce the effect of a sedated death. This kind of gruesome execution leads ethicists, politicians, humanitarians, indeed all of us to question the use of capital punishment.

As Christians, such incidents should grieve us, but as always we must turn to Scripture to find God’s perspective. And on this issue, like so many, God is not silent.

What Does the Bible Say?

Throughout the Bible, God is presented as sovereign over life: “See now that I, even I, am he, and there is no god besides me; I kill and make alive; I wound and I heal; and there is none who can deliver out of my hand” (Deut 32:39). “The LORD kills and brings to life; he brings down to Sheol and raises up” (1 Sam 2:6).

As the Sovereign Creator and Just Potter, he has the right to give life and take it away. In Adam, we deserve death, not life (Rom 5:18-19), but such a sentence of death does not permit man to take the life of another. Just the reverse, only God has that right.

Still while God alone has authority over life, there are two primary texts that describe God giving humanity a right to execute a murderer: Genesis 9:6 and Romans 13:4. In other words, while men in and of themselves have no right to take life, God has ordered a world that endows states the right to take the life of renegade life-takers. END_OF_DOCUMENT_TOKEN_TO_BE_REPLACED

Paul Simon once sang that their are 50 ways to leave your lover—a practice I’m not endorsing—and today there are just as many ways to make a baby, almost. According to Joe Carter, in his weekly post on bioethics, there are at least thirty-ways to make a baby.  He writes,

Until the 1970s, all but one child ever born was the result of sexual intercourse; today, there are at least thirty-eight ways to make a baby. In an attempt to conquer infertility we’ve developed dozens of methods, a veritable alphabet soup of acronyms, to create a child: IVF, IUI, ICSI, DI, AI, ET, etc.

I had no idea that there were and are so many ways to bring children into this world. Of course, these reproductive technologies may help many infertile couples to be parents, but they also create innumerable ethical difficulties. END_OF_DOCUMENT_TOKEN_TO_BE_REPLACED