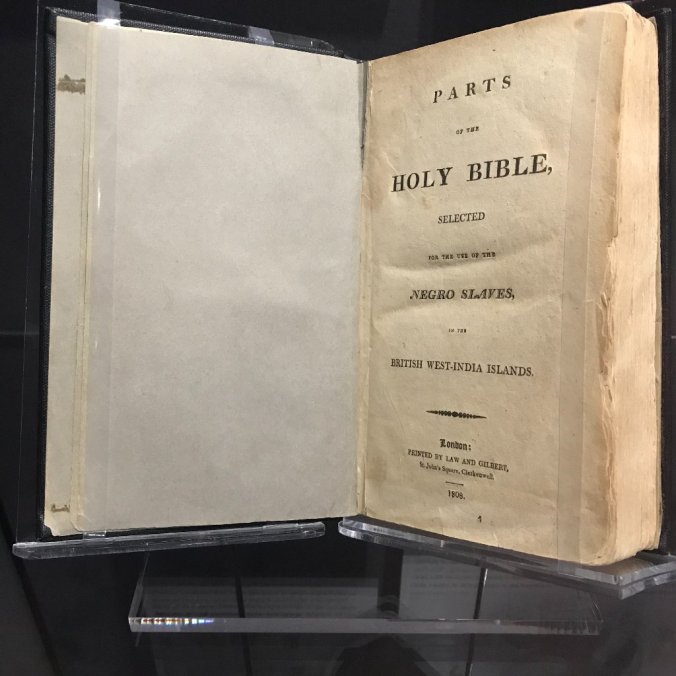 The story of Exodus, for example, describing the Israelites' escape from slavery in Egypt, is missing. The editors left out entire books and large portions of others; their selections stressed obedience, submission, and acceptance.

In Washington, D.C. the Museum of the Bible has an exhibit tracing the impact of the Bible on slavery, and the impact of slavery on the Bible. Tragically, as the artifact above reveals, slave holders invited God’s judgment on themselves (see Revelation 22:19), in order to control their slaves and defend their institution of slavery.

In another exhibit, Ephesians 6:5 (“Slaves/Bondservants, obey your earthly masters with fear and trembling, with a sincere heart, as you would Christ”)  is cited as one verse among many that were used out of context to control God-fearing slaves. In reading this verse by itself, you can see how it could be misused to do horrendous damage. But how should we understand this verse? Did Paul condone slavery? Are his words to be ignored, rejected, or attributed to some cultural blindness of his day? Why didn’t he speak against slavery?

To be sure, questions like these need answering. But denying the veracity of God’s Word, as some like to do, is not the answer. Rather, we need to understand Paul’s words in their historical context and how his commitment to the gospel both liberated individuals from slavery to sin/death/hell and, in time, led to emancipation for slaves across the Mediterranean.

To get at his historical context, lets consider two questions:

By getting a handle on these two questions, it will help us understand Paul’s words and how his witness shows how far pro-slavery Christians deviated from God and his Word. At the same time, by considering Paul’s unswerving commitment to the gospel, we will see how that message (alone) forms a foundation for all genuine pursuits of love and injustice, liberty and emancipation. Indeed, by understanding more clearly the way the gospel works, we can see more clearly the wisdom of God, the goodness of Paul’s words, and the reason why he, as God’s chosen apostle, addressed slaves and their masters as members of Christ’ church, rather than a class of people suffering under an unjust system. END_OF_DOCUMENT_TOKEN_TO_BE_REPLACED 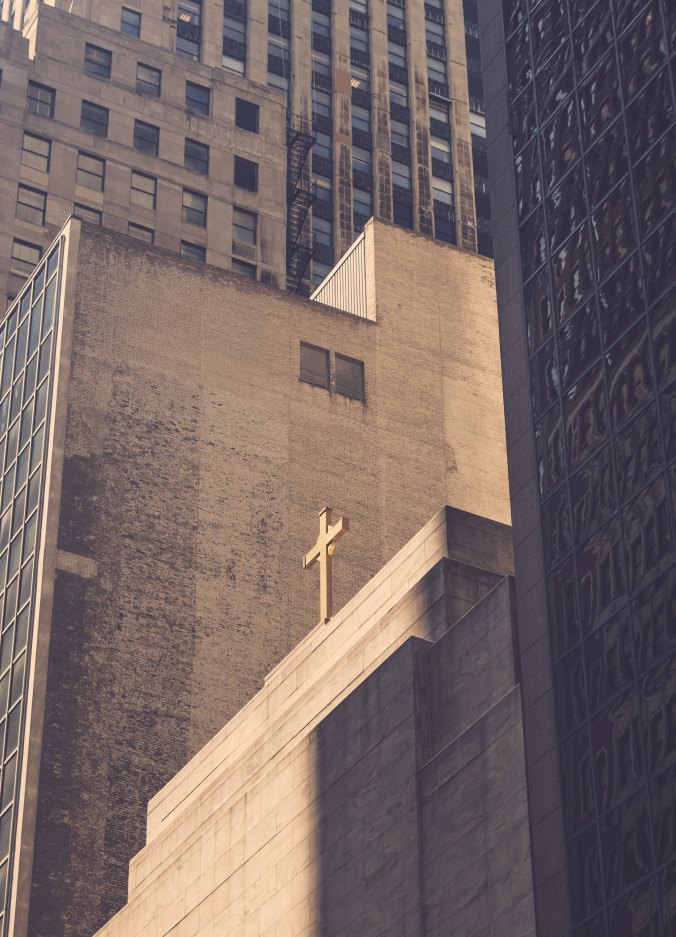 There are many who have read Paul’s instructions to husbands and wives in Ephesians 5:22–33 as an accommodation, or even an appropriation, to the Greco-Roman culture. However, Clinton Arnold in his outstanding commentary on this section, shows why that cannot be true. Taking an extended look at “The Roles of Wives in Roman-Era Ephesus and Western Asia Minor” (pp. 372–79), Arnold shows why Paul’s words are radically counter-cultural—both in his day and in ours.

Writing to a church combatting spiritual powers, Paul is not adopting the idea of patriarchy and headship from the Roman culture. If anything, he is opposing an ancient form of feminism that saw women asserting greater independence. In particular, citing many primary sources, Arnold shows how growing wealth among women, coupled with positions of leadership and the rise of goddess cults all worked to create “freedom and opportunity for women,” which had the effect of creating competition between married men and women (376).

This “new Roman woman,” as Arnold calls it, shows why Paul’s words about marriage and the family in Ephesians are not simply a cultural accommodation. Rather, as he puts it,

Ephesians was thus written to a place and at a time where traditional Greek and Roman roles for women and wives were in a dynamic flux. It is no longer accurate to portray the social-cultural environment as oppressive for women, denying them opportunities for leadership in religious and civic institutions, and extending to them no places of involvement outside of the domestic sphere. Of course, these opportunities would not have been available to most of the peasant and populations. But the same opportunities would have been closed to peasant and slave men as well since their primary focus was on survival. (378)

This is a vast change from the way many have read Ephesians. But we can ask, what significance does this have for our reading of Ephesians? END_OF_DOCUMENT_TOKEN_TO_BE_REPLACED

Husbands, love your wives, as Christ loved the church and gave himself up for her, that he might sanctify her, having cleansed her by the washing of water with the word, so that he might present the church to himself in splendor, without spot or wrinkle or any such thing, that she might be holy and without blemish.
— Ephesians 5:25–27 —

In his commentary on Ephesians, Clinton Arnold shows how Paul takes up the imagery and language of Ezekiel to explain the work of Christ in purifying his bride, the church. As Ezekiel 16 looks forward to a day when the God of Israel will redeem and purify his covenant people, it is important to see how Ezekiel’s prophecy is fulfilled by Christ and the church. Thankfully, Paul demonstrates how Christ’s purchase and purification of his bride gives us explicit textual evidence for that fulfillment.