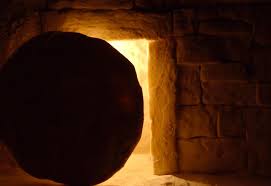 And I was with you in weakness and in fear and much trembling, and my speech and my message were not in plausible words of wisdom, but in demonstration of the Spirit and of power, so that your faith might not rest in the wisdom of men but in the power of God.
— 1 Corinthians 2:3–5 —

A number of years ago I visited a church where the pastor proclaimed that God would build the church “on signs and wonders.” From his statement, the pastor revealed his theology—the miraculous gifts of the early church (e.g., tongues, healings, prophecies, etc.) are still normative and should be pursued, even promoted, as the normative means by which God builds his church.

More recently, Bill Johnson, a popular-but-false teaching ‘pastor’ from Redding, California, has argued that “working miracles is closer to the normal Christian life than what the Church normally experiences.”[1] In his bestselling[2] When Heaven Invades Earth, Johnson makes apology for the place of the miraculous today. He argues that denial of miracles has to be taught to Christians, stating, “The doctrine stating signs and wonders are no longer needed because we have the Bible was created by people who hadn’t seen God’s power and needed an explanation to justify their own powerless church” (105–06).

That’s a strong claim, and one that bears examination. Is it true the church—for most of the nineteen centuries leading up to the birth of the Charismatic movement (1906)—hadn’t seen God’s power because they failed to pursue the miraculous gifts? Is it true that God’s power is, as Johnson defines it, in “working miracles”? Or might it be the case that power as emphasized by Paul in 1 Corinthians 2:3–5; 4:14–20, for instance, is something different than what these Charismatic pastors mean?

The Demonstration of the Spirit and Power

In the opening of Paul’s letter to the Corinthians Paul is contrasting the wisdom of the world with the wisdom of God; the power of the elite in Corinth with the power of God. In this contrast, he highlights the lowliness of his own ministry (2:1–5) and the power of the Holy Spirit (2:6–16). He says in 2:1–2, “I . . . did not come proclaiming to you the testimony of God with lofty speech or wisdom,” meaning that he did not use worldly eloquence or the techniques of mankind to gain his audience.

Professional orators of the day had standard protocols for ingratiating themselves to a new audience. When they entered a new city they would praise the city for its greatness, and in turn they would often boast in themselves. Paul utterly refused. Instead, he made the judicious decision to boast in Christ: “For I decided to know nothing among you except Jesus Christ and him crucified” (v. 2).

In his refusal to follow the pattern of his contemporaries, his weakness stood out. As his opponents said of him, “His letters are weighty and strong, but his bodily presence is weak, and his speech of no account” (2 Corinthians 10:10). For Paul this was his calling. The apostles of God were stewards of the gospel (4:1) who bore the marks of Christ in their body (Galatians 6:17; Colossians 1:24). As he says of himself in 1 Corinthians 4:13: “We have become, and are still, like the scum of the world, the refuse of all things.” In other words, Paul and other true ministers could not (and should not) boast in their strength, but their weakness. Physical impairments were not, for Paul, impediments to his ministry, but necessary for displaying the power of God.

This is his point in 1 Corinthians 2:3–5. In contrast to the wise and powerful orators familiar to Corinth, Paul proclaimed a crucified man—the pinnacle of weakness and shame. Yet, it was this message of Christ crucified and raised from the dead which communicated the power of God. Indeed, Paul did not trust in persuasive words of wisdom (v. 3), but in the “demonstration of the Spirit and of power.” A better translation might be “in demonstration of spiritual power,” where “of the Spirit” and “of power” are read as a hendiadys (two words with one meaning, i.e., “comfy and cozy”).

This, I take it, is the key to answering the question about the power in Paul’s letter. God’s spiritual power was not seen in miracles, healings, and speaking in tongues, but in raising men from the dead to believe in the gospel of Jesus Christ. In context, there is nothing about spiritual gifts in this part of Paul’s letter. Rather, Paul’s emphasis is on the working of the word.

It is the message of the cross he is stressing (1:18), over against the worldly wisdom of men. In the verses that follow (2:6–16), the work of the Spirit does not produce healing, signs, and wonders. Rather, as Isaiah 11 promises, the Spirit gives illumination, wisdom, and understanding of God. It’s in this God-given knowledge of himself that the children of God are to boast in (1 Corinthians 1:31) and pursue (Jeremiah 9:23–24), not signs and wonders. This gracious knowledge of God is what is truly miraculous—more miraculous than the short-lived gifts of healing.

If anything, the Corinthians boasted wrongly in their spiritual gifts—the very thing modern Charismatics errantly commend today. When Paul turns to the subject of tongues in chapters 12–14, he elevates the place of love and good works over the miraculous. He doesn’t deny the miraculous, but throughout his letters the primary work of the Spirit relates to conversion and spiritual formation, not visible miracles.

For Paul, the miracle of God is the spiritual life given in the preaching of the gospel. When Paul says “so that your faith might not rest in the wisdom of men but the power of God,” he is not building men’s faith on the presence of miraculous gifts, as Bill Johnson says (102). The contrast in 1 Corinthians 2 is between the high-sounding speech of worldly orators and the plain-sounding but powerful word of the cross.

In fact, in the previous chapter the “power of God” is defined as the “word of the cross” (v. 18, 24). Like in creation, God’s word is what demonstrates his power. And in the gospel, it is the word of the cross that raises dead men to life. When this happens (by the Spirit) it serves as a proof God’s power. This is Paul’s point in 1 Corinthians 2:5, and the reason why he does not depend on the best methods of men to promote the cross. The preaching of the cross is self-authenticating, in that it will create life as it is preached.

As testified by Isaiah (55:10–11) and repeated by Jesus (Luke 8:11), the word will not return void. It creates life. And in Paul’s letters we find a consistent emphasis on the preaching of the word, not the performance of miracles. For Paul the greatest miracle is the resurrection of Jesus, which is experienced by his followers in a way like Lydia (Acts 16) not Lazarus (John 11).

Therefore, Paul speaks of God raising to life those who were once dead in their trespasses and sins (Ephesians 2:1, 5). In 2 Corinthians he describes salvation as a new creation (2 Cor 4:6; 5:17). And most importantly, he explains the way in which the Spirit brings power when the gospel is preached:

For we know, brothers loved by God, that he has chosen you, because our gospel came to you not only in word, but also in power and in the Holy Spirit and with full conviction. (1 Thessalonians 1:4–5a; cf. 2:13)

God’s Word is His Power

For Paul, and all the prophets and apostles, the focus of ministry was always the Word. Signs and wonders came to confirm the message of the gospel (Hebrews 2:4), not the reverse. Therefore, when we speak of the miraculous today, we must see it in terms of the effect of gospel. The message of Christ crucified brings life to sinners as the Son of God sends his Spirit to raise the dead.

Is this not miraculous? Is this not a greater miracle than making an axe head float (2 Kings 6) or healing someone who will die again?

For those who understand the message of the gospel, this miracle is superlative. It is the miracle to which all the others point, and the reason why Charismatic attempts to reproduce the miraculous take a step back in history (to the old covenant) and a step away from the eternal life offered in the gospel. As Jesus said in John 17:3 eternal life is the knowledge of God the Father and the Lord Jesus Christ. To sinners dead in their love for God, the gift of spiritual life is not a small miracle. It is the greatest miracle ever conceived, but only for those who have eyes to see it.

May God grant us eyes to behold the power of the gospel and to experience it in our own hearts and lives.

[1] Bill Johnson, When Heaven Invades Earth, 220. I have a forthcoming book review with 9Marks.

[2] Johnson’s books include many Amazon bestsellers. The original version of When Heaven Invades Earth is marked #19 in Amazon’s list of bestselling Protestant books; it is currently listed #28.

2 thoughts on “What Demonstrates the Power of God? Miraculous Signs or Spiritual Resurrection”