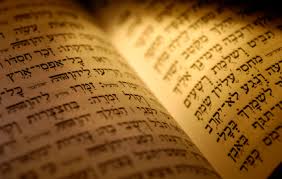 “Long ago, at many time and in many ways,
God spoke to our father by the prophets,
but in these last days he has spoken to us by his Son,
whom he appointed the heir of all things,
through who also he created the world.
He is the radiance of the glory of God
and the exact imprint of his nature,
and he upholds the universe by the word of his power.
After making purification for sins,
he sat down at the right hand of the Majesty on high,
having become as much superior to angels
as the name he has inherited is more excellent than theirs.”
— Hebrews 1:1–3 —

If it is true that in these last days, God has spoken by his Son as Hebrews 1 says, why should pastors preach from the Old Testament? If we have the full revelation of God in the substance of Christ, what interest should New Testament Christians have with Old Testament shadows? Surely, it is good to know history and to learn lessons from the past, but do we really need lengthy sermon series of Exodus or to read 1–2 Kings and 1–2 Chronicles?

Without committing the Marcion heresy of denying the inspiration and authority of the Old Testament, some self-identified “New Testament” preachers have stressed the New Testament so much they have lead their flocks to miss (or deemphasize) more than two-thirds of the Bible. In the language of Galatians 3:8, they miss the gospel preached beforehand and hence minimize the full riches of the gospel contained in both testaments.

If you have heard or imbibed such thinking, you might ask whether regular portions of the Old Testament are necessary for reading and preaching for New Testament discipleship. I believe it is, for at least four reasons.

Four Reasons to Read and Preach the Old Testament

When Jesus told his followers to “make disciples,” he qualified his statement, saying “teaching them to obey all that I have commanded you” (Matt 28:19–20). This included the Jesus’ ethical imperatives (think: the Sermon on the Mount), but it also it included his method of biblical interpretation. Jesus wanted his followers to exemplify his love and proclaim his truth, but he knew that in order to do both they would have to know how to interpret his book. So, he taught his disciples how to read the Hebrew Bible in light of his person and work.

In other words, when the events of Jesus life, death, and resurrection had culminated, he was then able to instruct his disciples how the Old Testament prophets foretold his sufferings and his subsequent glories (Luke 24:44–49; 1 Pet 1:10–12). In fact, it is impossible to read the Gospels or the Epistles—or to read them rightly—and not notice the way they quote, allude to, and reference the Old Testament. While understandable in themselves, these books depend on a knowledge of the Old Testament narrative to fully grasp their meaning.

2. The Gospel (which leads to good works)

In 2 Timothy, Paul says the Hebrew Scriptures make one wise unto salvation. In context, he commends Timothy’s mother and grandmother for reading the Old Testament to him as a boy (3:14–15). But then he continues, and says that “All Scripture is God-breathed and useful for teaching, reproof, correction, and training in righteousness, so that the man of God may equipped and useful for every good work” (3:16–17).

Rather than relegating the Hebrew Scriptures to some older way of life, he commends them as the means by which believers grow in godliness. “Every good work,” therefore, depends on the Scriptures, which in Paul’s letter to Timothy refer to the Old Testament alone. (It is by extrapolation that we can apply this verse to the New Testament documents).

Paul teaches that God produces good works in his saints through the instrumentation of the Word, but how does this work? To begin with, the Law of Moses warns his people what not to do. So long as it adherents strive to be holy, fight covetousness, and love their neighbor, they guard themselves from folly, wickedness, and sloth. However, the absolute commands of God ultimately lead man to despair, not deliverance. As Paul discovered, no man can live out the law (Rom 3:20; Phil 3:3–8). The law ultimately kills, and it men and women to cry out for the Gospel (1 Tim 1:8–11).

While there are commands in the New Testament which draw attention to sin. It is the Law of Moses that is most adroit at laying the sinner low. The history of Israel is given to show that even the most favored, protected, and law-abiding nation cannot withstand the power of sin dwelling within. God uses the Old Testament to lead people to despair in themselves and cry out for mercy—mercy God offers in Christ alone. In this way, the Old Testament is essential for conveying the gospel message, which in turn leads to a life of good works as people repent of their law-breaking and embrace the new life they find in Christ.

In addition to gospel life, the Old Testament brings hope to God’s people. Romans 15:4 reads, “For whatever was written in former days [i.e., the Old Testament] was written for our instruction, that through endurance and through the encouragement of the Scriptures we might have hope.” Put simply, the words of the Old Testament are meant to instruct us about who God is and what he desires. But even more, they tell us a story of God’s work in the world. They give us hope because, after thousands of years, God proves his faithfulness by making good on his promise of a Son who would say the world.

The whole Old Testament is one escalating symphony of promises made; the New Testament is the antiphonal response that in Christ all of his promises are kept (2 Cor 1:20). Together, the two testaments show how God is working all things together for good, for those who love him, those called according to his purposes. Only by tracing the sovereign work of God over both testaments do we see the structure of promise and fulfillment (Acts 13:32–33). Only by watching the saints of old die in faith, do we learn that the object of our earthly pilgrimage is not to build something for God (Hebrews 11). Rather, like Abraham, David, and Isaiah, we are awaiting a city whose architect and builder is God.

Reading the Old Testament, with all its plot twists and turns, teaches us how to understand the world in which we live. When natural disasters or personal tragedies strike, we can rest assured that God sits above the flood waters, preparing an ark to bring us into his new creation. Indeed, reading the Old Testament strengthens your hope because it shows how God is working powerfully (though often invisibly) over time. Preaching the Old Testament, likewise, teaches congregations how to wait on the Lord and to put their hope in the arrival of the coming kingdom. Indeed, without such long-ranged, long-suffering, it is likely that energetic Christians will grow impatient and unnecessarily discouraged as they try to build the kingdom for God.

This is why we need the Old Testament. It teaches us an exile theology and how to abide in a fallen world, awaiting the return of our Savior.

Galatians 4:4 says that Jesus came into the world at the fullness of time, under the law, so that he could redeem a people from the law. But coming into the world as a son of Israel and a son of David (cf. Matt 1:1), meant God had to put in place offices and types long before Christ’s historic Incarnation. So for instance:

We could go on, but you get the point: The Gospels introduce us to Jesus born in Bethlehem, crucified and resurrected in Jerusalem, but we can’t know the full import of his person and work without reading the Old Testament. After all, it is the express point of the Gospels to show how Jesus fulfilled ancient prophesy. For this reason, it is vital to your relationship with Jesus to know his backstory (the Old Testament), for without it, you will read Jesus into your backstory, which will in the end distort Christ and damage your relationship with him.

The Old Testament Will Enlarge Your View of the Gospel

The gospel of Jesus Christ is not a token that gets us into paradise; it is the whole beautiful garden in which our loving Lord lives, moves, and has his being. However, we won’t see the enormity or the beauty of the gospel without seeing the full story of his person and work. It is for this reason we must read and preach the Old Testament.

If we only see Jesus as a token to heaven, the doors and windows of our lives will always be open to the siren songs of the world. After all, until we see the fullness of God in his redemptive history, we will be tempted to believe that Jesus came to give us eternal life, but life here and now is found in higher mountains, cooler adventures, or more promising plot-lines.

But this just isn’t so. All the world can offer us are imitations of the greatest story ever told—two-thirds of which is found in the Old Testament. For this reason, and many others, we need to read and preach the Old Testament.