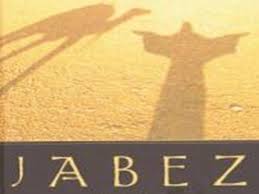 Yesterday I had the privilege of preaching in chapel at Columbus Christian High School. Of all the texts I could have preached I decided to preach on a little, obscure passage in the book of 1 Chronicles—story of a man by the name of “pain.”Yes, that’s right, I preached “The Prayer of Jabez.”

Despite those who have written off Jabez and his prayer because of the way it has been used to promote the soft prosperity gospel, I am increasingly convinced Jabez is a type of Christ standing between Melchizedek and Jesus. More than that, his story gives us an overwhelming testimony of God’s grace to those who are in pain. For that reason, I preached “The Pain of Jabez and the Comfort of Christ.”

What follows is part of the interpretive outline I unpacked in the sermon. As I argued in the message, the pain of this father-less man gives us an entry point to find grace and mercy in the God who hears prayer and comforts the afflicted. Take a listen to message. Consider the interpretation below. Let me know what you think.

1. The Bible is God’s covenant agreement with his redeemed community.

Among many descriptions of God’s Word, the Bible is God’s covenantal book for his community of faith. It is not an individual’s guide to self-help; it is not a tract aimed to save privatized persons. It is a community book. It tells the story of how God redeemed a people out Egypt and even more how God created a New Israel by means of Christ’s death and resurrection.

Therefore, when reading about Jabez, we must read it as a community story. We’ll misunderstand it if we read it as an private individual’s prayer. His prayer must not be read as a plea for individualistic blessing, but a cry for God to bless his people—himself included.

2. 1 Chronicles is not in the New Testament.

Yes, yes. This is not terribly profound. But here’s why it is important: Under the old covenant, God’s arrangement with his people Israel was/is different than today. The blessings of Israel were physical in nature. They included military prowess, national security, fertile soil, etc. The blessings of the new covenant are fundamentally spiritual. And hence, we cannot import his “materialistic” into our new covenant setting without making earthly blessings the center of our prayer.

Under the new covenant, it is the Spirit of God that is our great blessing (Eph 1:3; Gal 3:14). Therefore, we ought to seek first God, his kingdom, and his righteousness (Matt 6:33; Rom 14:17). We reserve our hope for material blessing for the age to come, and trust that God will meet our physical needs as we strive after Spiritual ends.

Genealogies are not given in the Bible to give secrets for a blessed life; they are given to remind us of history. In 1 Chronicles the geneaology is given to remind Israel of their identity as God’s chosen people, redeemed over the course of many centuries, even millennia. Genealogies speak about God’s grace, faithfulness, and his sovereign rule in the lives of his people. They are meant to awe you with God, not impress you ways you can improve your life.

To infer a “secret” to the blessed life in Jabez’s prayer annihilates the author’s original intent, and moves towards rank allegory—praying this prayer of Jabez means that God will bless you with success. As always we must read the Bible according to its genre.

The significance of this observation is that Jabez is a royal son. He hails from a royal line (see Genesis 49). In the lengthy genealogy of 1 Chronicles 1–9, all the tribes of Israel are mentioned, but two take center stage—Judah and Levi. The former recounts God’s promised kingdom; the latter focuses on the need for the right priest.

While most American’s (probably) miss the point, no son of Israel would. It was a special blessing to be born in Judah, as the promise of a kingdom is given to that tribe. Therefore, Jabez was postured to be a royal son . . . until and unless . . . he had no father.

5. Jabez doesn’t have a father.

Isn’t it strange that in a genealogy that lists fathers and sons, Jabez has neither? Might this missing father have something to do with Jabez’s name? Jabez means “pain” and this textual observation (= no father) begins to illumine the problem Jabez and his mother have.

We don’t know why he’s fatherless. Was he killed in war? Jabez lived in the time of the Judges, so it could be that his father simply abandoned him. Perhaps, his mother was raped and left to fend for herself and her son. We don’t know why he has no father, but his plight stands in stark contrast to the father-son found in the preceding eight verses (1 Chron 4:1–8). It is a fact  unmistakeable in the context and vital for understanding the significance of his prayer.

And what is the significance? Without a father, he would have no inheritance (i.e., no place in the land). While his brothers had an inheritance by means of their fathers, Jabez was fatherless and thus “inheritance-less.” He had no place to call his own, and more importantly, no place in God’s blessed land.

6. Jabez’s name harkens back to Genesis 3.

There is another place in the Old Testament that speaks about “pain” and childbirth in the same context—Genesis 3:16. In that verse, God speaks a curse upon the woman and it shapes the rest of humanity history:

To the woman he said, “I will surely multiply your pain in childbearing; in pain you shall bring forth children. Your desire shall be for your husband, and he shall rule over you.”

Even if the average American reader misses the intracanonical connection, the conflation of pain and childbirth would be unmistakable to a son of Israel. But was the significance of the connection?

Here’s my take: Jabez’s mother doesn’t name him “pain” because of the general curse that falls on all humanity. All mothers experience pain in childbirth and greater pain in child rearing. No, the reference Jabez mother makes towards pain is more circumstantial. It has to do with the occasion that brought about his birth and the absence of a father (again see #5)—a pain that many children and mothers feel too often today (= a key point of contact for those preaching this passage).

7. Jabez is more honorable than his brothers because he calls upon the Lord.

To understand what this means two questions must be answered: (1) Who are his brothers? (2) What does it mean to call upon the Lord?

To the first question, his brothers—sons of Judah—Onan (2:3), Achan (2:7), and Hezron and Jair (2:21–22) are all wicked in the eyes of God. Perhaps most famous of them is Achan who is called “the troubler of Israel” because he “broke faith in the matter of devoted things” when he illicitly took the spoils of war from Jericho (see Joshua 6–7).

Covenantally, the point to be made is that while these brothers with fathers had access to the inheritance of God, they all forfeited it by way of their wickedness. Not so Jabez. He was more honorable because he called upon the Lord. This leads to our second question—What does it mean to call upon the Lord?

First, Jabez called upon the “God of Israel,” indicating the covenant God of promise. Jabez is not addressing God in general; he is praying to the one who elected Abraham, redeemed Israel, and promised Judah a kingdom. Next, Jabez “called on the Lord,” which puts him in the camp of those faithful men of old who prayed to God and offered right sacrifices (Gen 4:26). This means that despite his missing father, Jabez is a true son of Abraham—not because of birthright, but because of faith in God.

Unlike the use of “blessed” or “blessings” in Southern Indiana, blessing in the Old Testament is filled with concrete meaning. The blessings of God were first promised to Abraham and then delineated in the covenant with Israel (cf. Lev 26–27; Deut 27–28). To apply Jabez prayer to our lives, we must drive on the same covenantal highway that brings us to Jesus, the cross, and the blessings that comes by faith in his name.

In so many ways, Jabez is one who looks to the mercies of God foreshadows the people of faith in the New Testament—not to mention Melchizedek who also lacks a father and enjoys the blessing of God. (More on that another day).

Jabez is a true son of Israel (cf. Gal 3:10–13, 26–29), not because of his heritage, but because of his faith, expressed in a prayer to the God of Israel. In this, we see that God comforts Jabez pain by giving him access to Israel’s covenantal blessings. What a word of hope to all who stand in pain.

How to Preach Jabez

In the end, this is how you might begin to preach Jabez. There is still need to deal with the details of his prayer. But before getting to the details it is vital to rightly understand the covenantal context of his pain.

His story is not left in the Bible so that we can co-opt it for our own personal initiatives. His story is there because he is a man of faith who suffered intensely, but who found honor and glory because he received grace when he called out to God. Much like his younger, elder brother Jesus Christ (who also cried to God and was heard because of his reverence, Heb 5:7–10), Jabez is a model of faith for us all to consider and imitate (Heb 13:7).

After all, his prayer doesn’t point to a secret prayer for consumeristic Westerners to imitate. His prayer calls us to look to Christ. I would even go so far as to say that Jabez would be pained at the way his words have been misused in recent years. And thus for the sake of this faithful saint (think Hebrews 11), we ought to reclaim his prayer, not for advancing our kingdom, but so that the king of Judah might get the honor he deserves in the painful life of Jabez and in our lives as well.

2 thoughts on “Rescuing Jabez from the Soft Prosperity Gospel”