Now there are also many other things that Jesus did.
Were every one of them to be written,
I suppose that the world itself could not contain
the books that would be written.

Growing up my summers were consumed by sports. Until college, the only books I read on my own were biographies of professional athletes. In short, Books had little appeal.

When I became a Christian, however, that changed. Very quickly I discovered that I needed spiritual guidance. What I found was that good books were one of the best ways to grow in grace and knowledge of our Lord Jesus Christ. 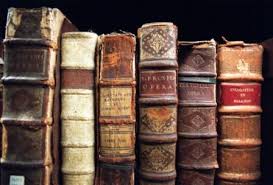 Yet, I didn’t know what a “good book” was. As a freshman in college, I found myself reading a book by T.D. Jakes who distorts the Trinity and preaches a prosperity gospel. Later I gravitated towards recent releases that mixed biblical truths with the latest psychological fads.

Like so many evangelicals, I missed the classic works of the faith because the Christian bookstores I visited only promoted current authors. Yet, such attention to the new and novel only gives us what C.S. Lewis has called ‘chronological snobbery.’ Simultaneously, it keeps us blind to our contemporary errors and robs us of a rich heritage. Again Lewis corrects us:

It is a good rule, after reading a new book, never to allow yourself another new one till you have read an old one in between. If that is too much for you, you should at least read one old book to every three new ones. . . . We all . . . need the books that will correct the characteristic mistakes of our own period.

With that in mind, I have compiled is a list of twelve “classics” that every Christian should venture to read over the course of their lives. These books come from different eras, and are written in a variety of styles. Some are long, some short, but for any Christian who wants to walk with the cloud of witnesses who have gone before them, these are volumes you should take up and read.

On the Incarnation by Athanasius (ca. 298-373). Athanasius was the driving force behind the Council of Nicea, as he vigorously opposed Arius and his heretical beliefs that there was a time when God’s Son was not. Through much personal sacrifice and passionate preaching and writing, Athanasius gave the definitive argument for the Son’s eternal existence and essential unity with the Father. If you are Christian today who doesn’t stumble over Christ being fully God and fully man, you have Athanasius to thank. On the Incarnation is his theological treatise about our Lord’s full deity and full humanity. Interestingly, C. S. Lewis wrote the foreword to edition linked here; it’s in this foreword that he commended the reading of old books.

The Confessions by Augustine (354-430). When Augustine of Hippo wrote The Confessions he patented a new genre. While many polemical and theological treatises had been written to bolster the faith, Augustine’s autobiographical ‘confessions’ revealed the heart of this pastor-theologian. Written as prayers to God, Augustine confessed his sin to the Lord; he contemplated the nature of God; and marveled at God’s grace. Since Augustine is arguably the most influential figure in church history—for good and for ill—his volume is worth a read.

Institutes of the Christian Religion by John Calvin (1509-64). From Augustine to the Protestant Reformation, there is very little evangelical writing. Yet, what took place in the sixteenth century—i.e., the Protestant Reformation— brought the church out of darkness and into light. While the instigator of the Reformation was Martin Luther, the theologian of the Reformation was John Calvin. While often branded a cold theologian, his two-volume work is filled with devotional heat and biblical light. Written to supplement his 22 volume commentary on the Bible, Calvin extols the glory of God as he considers God the Creator (book one), God the Redeemer (book two), the grace of Christ (book three), and the means by which the believer stays in fellowship with God (book four). For those who see Calvin’s two volumes as too much, see Tony Lane’s abridgment.

The Bruised Reed by Richard Sibbes (1577-1635). Richard Sibbes’ little book is filled with gospel promise and spiritual comfort. Sibbes was known for the sweetness of his encouragement to others. Pick up his book and you will soon learn why he was called the “sweet dropper.” If you like his writing, you can also find his seven-volume set.

Paradise Lost by John Milton (1608-1674). An English classic, which amplifies and embellishes the story of the Fall of Adam and Eve. John Milton wrote this epic poem to “justify the ways of God to men.” For it’s literary heritage and its comtemplative power about the Fall, Christians should take up and read. Milton also wrote a companion work, Paradise Regained.

Pensees by Blaise Pascal (1623-1662). Pascal was a French mathematician, philosopher, and mystic. As a Jansenist, he held to Protestant convictions, while not leaving the Roman church. These pithy statements (pensees means “thoughts”) will stir your heart and stretch your thinking.

Pilgrim’s Progress by John Bunyan (1628-1688). After the Bible, no book has been printed more in English than the Pilgrim’s Progress. Written from prison, Bunyan tells the allegorical tale of Christian’s spiritual pilgrimage. Filled with vivid images (e.g., Vanity Fair and the Slough of Despond) and colorful characters (e.g., Mr. Worldy-Wiseman), Bunyan describes much of the believers faith journey. You can also find a children’s edition called The Dangerous Journey.

The Sermons of John Wesley (1703-91), Jonathan Edwards (1703-58), or Charles Spurgeon (1834-92). Okay, these are not books, really. But the sermons of these men are now in book form, and I would content that all Christians should find a pastor-evangelist (like Wesley, Edwards, or Spurgeon) whose written sermons stir up affections and strengthen hope. As catalysts of the First Great Awakening, Wesley and Edwards were used by God to liberate sinners from the doldrums of unbelief. Likewise, it has been said of Spurgeon’s written sermons, that not a week went by when these published documents did not bring someone to faith. Therefore, any of these men would provide excellent spiritual food for the modern Christian. But if you must choose one sermon to begin with, start with “Sinner’s in the Hands of an Angry God” by Jonathan Edwards. In it, you can see the kind of imagery and biblical logic used by God to start a spiritual revival.

The Gospel Worthy of All Acceptation by Andrew Fuller (1754-1815). When William Carey went to India in 1793, he started the modern mission movement. Yet behind him was a theologian and fundraiser, the Baptist pastor Andrew Fuller. In this treatise, Fuller explains the impetus for sharing the gospel with all creation. Fighting against the hyper-Calvinism that stultified mission, Fuller demonstrates why the free offer of the gospel is biblical and necessary. This work shows the theological and missional legacy of Baptists.

Screwtape Letters by C.S. Lewis (1898-1963). It’s hard to pick just one book of C. S. Lewis. Mere Christianity and The Chronicles of Narnia (seven volumes) are classics in their own right. But I put forward Screwtape Letters because their is nothing quite like it. Putting himself in the shoes of a senior devil (Screwtape), Lewis addresses a series of letters from to his nephew (Wormwood), teaching the novice devil how to keep his client from the Enemy (the Lord Jesus Christ). This book will open your eyes to the devices Satan uses, and caution your heart to fight the good fight of faith.

Knowing God by J. I. Packer (1926- ). Although this book could be considered a contemporary work, Knowing God is perhaps the most accessible work of theology in the last fifty years. J. I Packer is an Anglican professor, whose love devotional theology book has nourished many and has proven that theology is not dry or dusty. Good theology leads us to worship God with greater knowledge and zeal. Pick up and read Packer’s work and see why it is one of the best in the last fifty years.

If you go back and count, you will find eleven entries, not twelve. The twelfth ‘old book’ is yours to suggest. What book is essentially reading for modern Christians?

As to criteria, the books I have listed are a sampling of different traditions, different genres, and different eras. I have tried to include a balanced diet, and one that could be read by anyone over the course of the next 5-10 years. What would you add? And why? I’d love to hear, so that I can add it to my reading list.

23 thoughts on “Twelve ‘Old Books’ Every Christian Should Read”