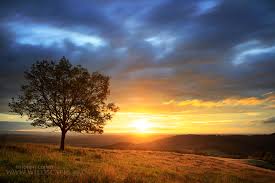 And yet, because glory stands at the center of God’s character (Isa 48:9-11), his creation (Ps 19:1), his purposes for humanity (Isa 43:6-7), and his plan of redemption (Eph 1:6, 12, 14), it is vital to see how God’s glory relates to salvation.  Indeed, it is necessary to relate God’s glory and humanity’s redemption, because Scripture repeatedly speaks of his glory as the ultimate reason why he suspended his judgment on Israel, sent his Son for the world, and poured out his Spirit on the church.

To see how God’s glory relates to God’s loving act of redemption, let me draw your attention to a theme that runs throughout the Psalms and Prophets. It is the repeated refrain that God saves, forgives, and guides his people for the sake of his name.

Instead of commenting on what that means in each instance, let me simply list a number of verses and draw a couple implications at the end.

These verses show the passion God has for his glory, but in Ezekiel there is an even greater testimony to the way that God’s glory motivates his mercy. In contrast to what men might think, God’s action are not dependent on man’s faith or faithfulness, he acts for the sake of his name. Consider this refrain in Ezekiel 20:8-9.

But they rebelled against me and were not willing to listen to me. None of them cast away the detestable things their eyes feasted on, nor did they forsake the idols of Egypt. “Then I said I would pour out my wrath upon them and spend my anger against them in the midst of the land of Egypt. But I acted for the sake of my name, that it should not be profaned in the sight of the nations among whom they lived, in whose sight I made myself known to them in bringing them out of the land of Egypt.

But the house of Israel rebelled against me in the wilderness. They did not walk in my statutes but rejected my rules, by which, if a person does them, he shall live; and my Sabbaths they greatly profaned. “Then I said I would pour out my wrath upon them in the wilderness, to make a full end of them. But I acted for the sake of my name, that it should not be profaned in the sight of the nations, in whose sight I had brought them out.

But the children rebelled against me. They did not walk in my statutes and were not careful to obey my rules, by which, if a person does them, he shall live; they profaned my Sabbaths. “Then I said I would pour out my wrath upon them and spend my anger against them in the wilderness. But I withheld my hand and acted for the sake of my name, that it should not be profaned in the sight of the nations, in whose sight I had brought them out.

“For on my holy mountain, the mountain height of Israel, declares the Lord GOD, there all the house of Israel, all of them, shall serve me in the land. There I will accept them, and there I will require your contributions and the choicest of your gifts, with all your sacred offerings. As a pleasing aroma I will accept you, when I bring you out from the peoples and gather you out of the countries where you have been scattered. And I will manifest my holiness among you in the sight of the nations. And you shall know that I am the LORD, when I bring you into the land of Israel, the country that I swore to give to your fathers. And there you shall remember your ways and all your deeds with which you have defiled yourselves, and you shall loathe yourselves for all the evils that you have committed. And you shall know that I am the LORD, when I deal with you for my name’s sake, not according to your evil ways, nor according to your corrupt deeds, O house of Israel, declares the Lord GOD.”

In this last statement, there is a change in timing. Whereas God acted for the sake of his name for Israel according to the flesh. Verses 40-44 speak of God’s gracious action for the sake of Israel according to the Spirit. In other words, Ezekiel is looking into the future towards the new covenant. In that day, God will again act for the sake of his name, but in that day he will establish a better covenant—one that not only redeems his people physically (or geographically), but one that cleanses their heart and causes them to walk in obedience to the Lord.

In this statement, we see God continuing to act for the sake of his name, but now he is speaking eschatologically, describing the kind of salvation that he will give Israel in the future. The verses that follow tell of a new exodus, a new heart, and a new Spirit that God will give to the people he is saving from Israel and the nations.

I will take you from the nations and gather you from all the countries and bring you into your own land. I will sprinkle clean water on you, and you shall be clean from all your uncleannesses, and from all your idols I will cleanse you. And I will give you a new heart, and a new spirit I will put within you. And I will remove the heart of stone from your flesh and give you a heart of flesh. And I will put my Spirit within you, and cause you to walk in my statutes and be careful to obey my rules. You shall dwell in the land that I gave to your fathers, and you shall be my people, and I will be your God. (vv. 24-28)

In all of these promises, God swore that he would save his people to the uttermost (Heb 7:25). Better than the exodus of old, which was according to the flesh. The new exodus will be according to the Spirit. By means of Christ’s death and resurrection, he will be given the place of authority to send forth his Spirit and cleanse the hearts of those people for whom he died. Better than Moses who could not change the hearts of the people of Israel, Christ died to forgive their sins and he arose to bring them to God (cf. 1 Pet 3:18).

Throughout the Old Testament, the animating factor of God’s mercy for his people was his glory. God forgives, delivers, purifies, and leads his people so that his name would be praised. Or to turn it the other way, God’s people received his steadfast mercies because God was committed to glorifying his name in their redemption. What we must see when we reconcile God’s glory and God’s loving salvation is how God’s glory secures his goodness to his people. It his passion for his glory that moved him to send to Calvary, and thus it was for the sake his glory that any of us might be delivered from our glorifying idols.

Such a view of God and his salvation is not natural to man, but it is normative in Scripture. God’s passion for his glory fills the Old Testament and recurs in the New. Most clearly, in Ephesians 1 Paul picks up the chorus of the Psalms and glorifies the Father, Son, and Holy Spirit for their work in salvation. But at the end of each section (v. 6, 12, 14), he praises each member of the Trinity for their “glorious grace.” Paul knows that it is for glory-sake that he has salvation.

Indwelt and inspired by the Spirit, Paul’s heart longs nothing more than to give praise to God. Such is the case with all born-again believers. For the sake of his name, God saves his people, and puts in their hearts a desire to praise God for his glory. God does this for our good, but he also does it for his glory. Indeed, in the mind of God there is no tension between God’s glory and his love (see John 17) between pursuing his glory and doing good to his children.

May God give us eyes to behold his glory, and to see how salvation stems from God’s desire to pursue his glory, and that his glory is most beautifully displayed in the grace that he shows to sinners.

2 thoughts on ““For the Sake of My Name”: Why God’s Pursuit of ‘His’ Glory Secures Our Good”